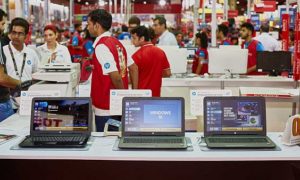 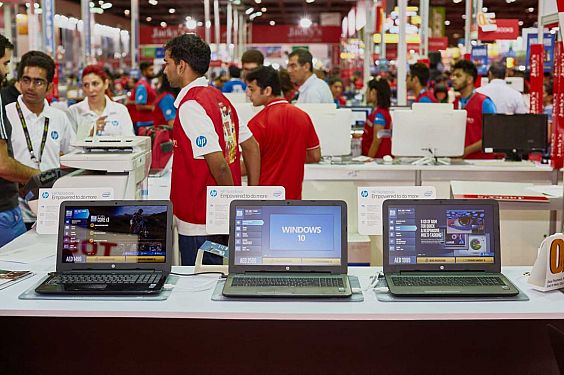 SharafDG is among the most popular electronic retailers in the UAE. Here’s a story of an angry customer who, ONLY by using their display laptops made AED9000 in just 3 months.

Not too long ago, a guy preordered a phone from SharafDG and while the ordered transaction was still in process, another phone was released which he was very much interested in buying. So, he thought that he should preorder that new phone and cancel his already pre-ordered phone. Therefore, he called the company’s mobile support to get some help over the matter.

The company’s support team told him that he’d have to cancel his previous order and file a new order for the new phone. This implied that he had to wait for the payment refund from the cancelled, already ordered phone, and meanwhile make another order with another payment for the new phone. Interestingly both the phones cost the same, ie AED3000. This meant that for the duration of his waiting period of payment reimbursement from the cancelled order, he’d have a deposit of a total of AED6000 with the company. He could not afford that. Anyways, he requested the cancellation of his earlier order.

This is where it all got mixed up.

The very next day, the person got a confirmation email for his (cancelled) order and the date of the delivery of the phone. Panicked, he called the support team again and apprised them of the situation. They told him that the order cancellation notification takes 2 days to reach to the finance team, so it is possible that the order cancellation request hasn’t been received at their end.

The situation got murkier when “the twice cancelled phone” was delivered and that too, in a color he hadn’t requested. The phone was returned to the company.

Finally after 5 days, the guy received his paid amount minus AED18 in the name of delivery charges. He emailed the company about the whole issue but now they decided not to reply him and stop answering his calls which is quite rude.

Now comes the vengeance part of the story …

During the past months, our protagonist had noticed that all the display laptops at SharafDG had internet connections along with a fully open administrative access. Seizing the opportunity then and there, he installed a cryptocurrency miner in those laptops without much hassle. All the program did was:

This might have made their laptops a little too hot but nobody noticed. Within 3 months, AED9000 worth of cryptocurrency was generated using his own mining farm sponsored surprisingly by SharafDG.

A number of lessons that the company should keep in mind from now on are: