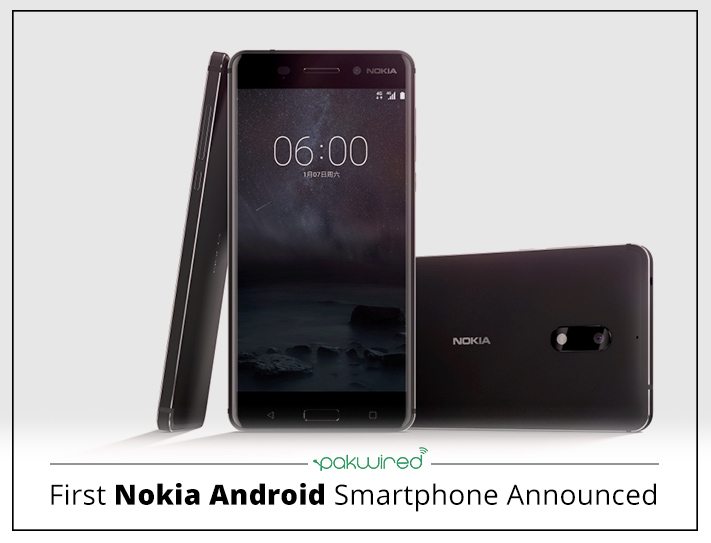 In 2014, after selling the entire handset unit of Nokia to Microsoft, this will be the first smartphone with the name “Nokia”. This smartphone will be called Nokia 6 which will run on Google’s android platform. Manufactured by Foxconn, this phone will initially be sold in China through an online shop “JD.com”, as said by HMD.

In an announcement, HMD stated:

The following are few of the specs of the new Nokia 6:

As Nokia decided not to shift into the smartphone world, it chose to make a contract with Microsoft Windows instead. Thereafter, Microsoft started to sell cheap and basic phones under Nokia’s brand name and the Lumia smartphones under its own name since 2014. As a result, both companies suffered financial losses in their businesses.

In December, HMD took over Nokia when it made a big contract with Nokia. This contract has allowed HMD to release their smartphones and tablets under Nokia’s name for the next decade. Even though Nokia has no direct investment in HMD, it will give Nokia a cutting edge in the field of smartphones. After cutting this deal, Nokia Oyj is now focused on entering the market of telecom network equipment business and technology patents.

Arto Nummela, CEO of HMD who was once in charge of Nokia’s sales and product development, told Reuters a month ago that HMD plans to be one of the key players in the cell phone business where it confronts intense rivalry from Apple, Samsung, and many different players.

New Nokia basic phones were launched by HMD last month. On Sunday, HMD disclosed that it was going to launch new phones and smartphones in the first six months of the year.

Are you looking forward to get your hands on Nokia smartphone?