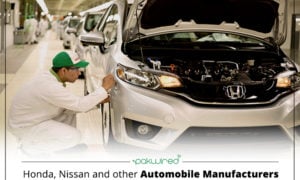 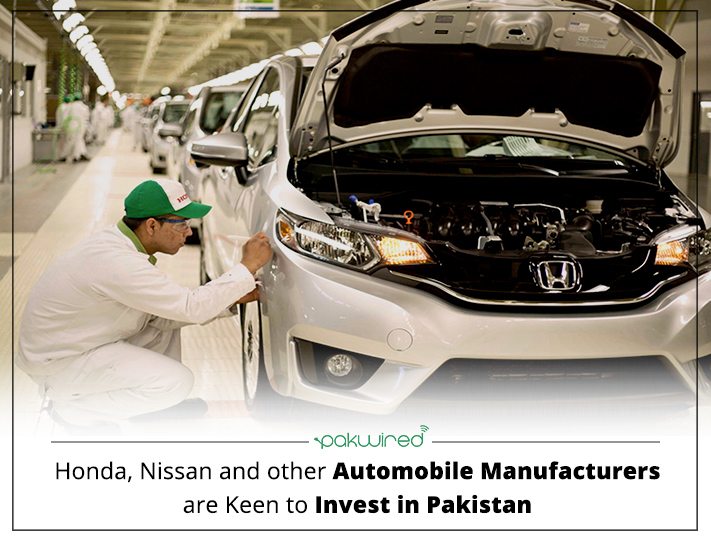 Not too long ago, KIA Motors Corporation proclaimed its invasion in the automobile industry of Pakistan. As a result, some of the other automobile manufacturers including Foton, Honda, Hyundai, Nissan and Renault have exhibited plenty of interest to follow the footsteps of KIA to invest in Pakistan.

Minister for Industries and Production, Ghulam Murtaza Khan Jatoi informed the Senate about the expression of interest by the foreign automobile manufacturers. In a meeting, the minister made the Senate aware about the implications of Pakistan’s new auto policy. According to the new auto policy, the government is entitled to welcome any new automobile manufacturers in the market.

Furthermore, Ghulam Murtaza said that the government is playing an active role to entertain the automobile manufacturers through imports of raw material, assembly of auto parts and sub-component which is mandatory for the manufacturing process. Government is assisting various car manufacturers at a concessional rate.

While talking about foreign investment in the country, Finance Minister Ishaq Dar confirmed the development. He said that Pakistani officials recently met with the executives of Fiat, Nissan, PSA Peugeot and Volkswagen. The meeting proved to be fruitful and a deal is also going to strike soon.

Read More: These future cars will grace the roads with their presence

Renault to Begin Production in Pakistan Next Year

Car manufacturer, Renault displayed ample amount of interest last year in November to invest in Pakistan. As a result, the company will begin the production process from next year.

A representative of Renault commented:

“[The company] has entered into exclusive negotiations with Ghandhara and Al Futtaim Groups to develop the Renault brand in Pakistan, including a manufacturing plant on the Ghandara site in Karachi”

It is worth mentioning that Ishaq Dar held talks with the executives of the company prior to Renault’s official announcement of investing in Pakistan. Amazingly, the meeting took place in September in 2016 and the deal between the two strike couple of months later.