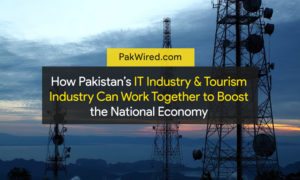 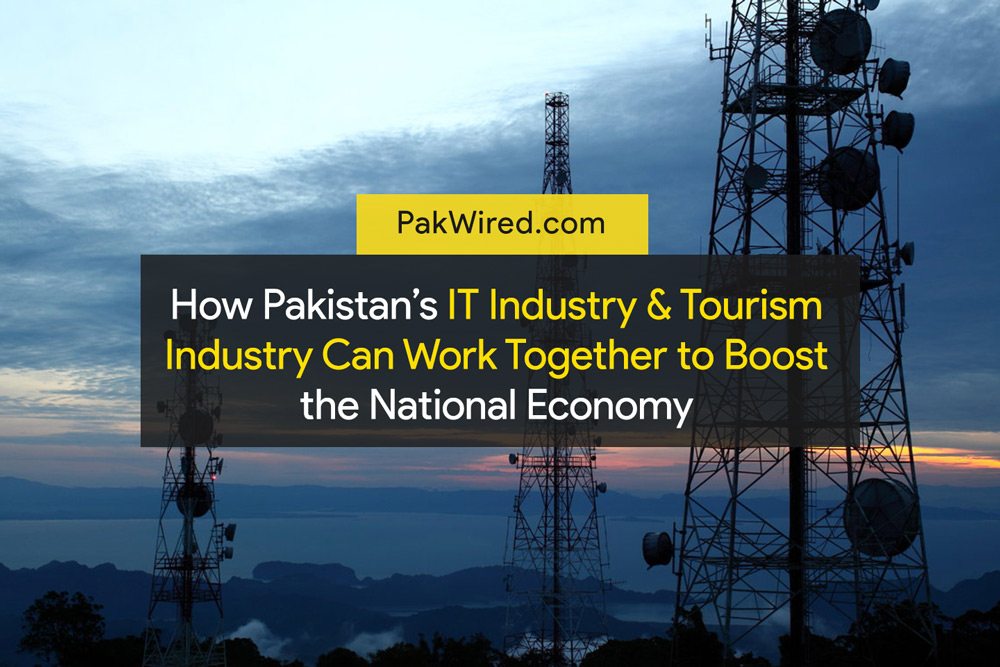 Pakistan has been touted as “World’s Top Travel Destination for 2018” with a booming Tourism Industry than ever before, but the key to unlock the full potential of this industry lies in the hands of the IT Sector.

Pakistan is one of the few counties in the world that enjoy a vividly diverse landscape ranging from the snowcapped mountains and lush green fertile plains to the sifting deserts and sandy beaches. Moreover, the rich cultural heritage dating back to the ancient Indus Civilization and historical sites from the various dynasties across the country add to the mystique for the tourists. With receding security concerns, the tourism industry in the country is on the rise; however the industry can grow far more rapidly with the right supplementation provided through e-tourism.

The number of tourists in Pakistan have exponentially increased in the last 10 years despite the country earning the fourth position in the World Economic Forum’s Travel and Tourism Competitiveness Report. While the number of tourists in Pakistan circled around 840,000/annum in 2007, it has successfully exceeded the 1.75 Million mark in the year 2017, with the numbers strongly expected to increase in coming years with further improvement in security conditions. However foreign tourists only make up for merely 7.4% of the entire tourism and travel spending in the country. One of the major factors in this hesitation of foreign tourists in coming to Pakistan is due to the lack of awareness of destinations in Pakistan as well as a lack of any renowned online platform that provides end-to-end travel solutions to the tourists.

Although e-tourism is a booming IT-Tourism Hybrid industry all around the globe, it has yet to see a sufficient presence in the Pakistani tourism industry. Though few international e-tourism service providers are actively providing services in Pakistan, such as TripAdvisor & Expedia, there happens to be a gap for a local investor or a start-up to provide a locally operated end-to-end solution to the interested foreign as well as local tourists. Though the advent of social media has helped in creating awareness locally and globally regarding Pakistani travel destinations, still a systemized approach towards streamlining the information is still not present.

“Most of the tourists who travel with us get to know about the destinations and the tour packages online either through social media or through our company website,” says Ali Usman, the owner of a Pakistani travel and tourism company, Falcon Adventure Club. “However the biggest difference between our tourism industry in comparison to the other countries is lack of any app or platform that would not only provide sufficient information to the global tourist all around the world about the travel destinations in Pakistan along with the key sites and places to visit, but also help them in making arrangements for their travel plans such as hotel booking and transportation.”

Despite these shortcomings, the avenues for tourism in Pakistan are getting popular more and more among the international tourists with the country being named the “world’s top travel destination for 2018” by the British Backpacker Society, which described Pakistan as “one of the friendliest countries on earth, with mountain scenery that is beyond anyone’s wildest imagination”. With the improving travel facilities and amenities, mainly due to the CPEC route development, the most exquisite destinations are now accessible more than ever.

WHAT’S NEEDED TO BE DONE?

The increasing number of tourists in Pakistan is an assuring sign regarding the sustainability of this industry in coming years. While the IT sector has divested its expertise to other industries such as Finance in the form of FinTechs, here lies a great opportunity for investors and local IT startups to tap into the increasingly lucrative yet comparatively untapped tourism Industry of Pakistan. Not only the establishment of such e-tourism initiatives will create great investment opportunities for the IT sector, but also it will help in promoting a softer image of the country, which in turn would holistically elevate all sectors of the national economy by indulging the interest of more investors.