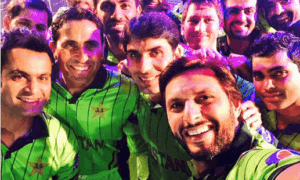 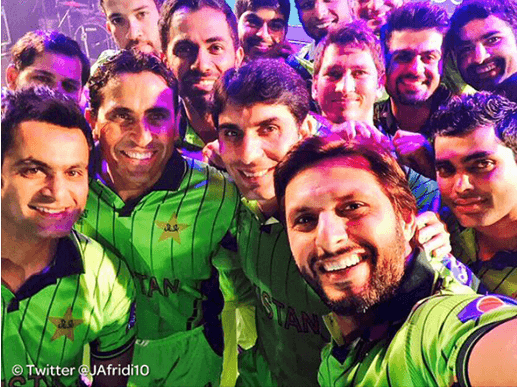 Ah! Finally, after four years of wait, the ICC Cricket World Cup 2015 is just around the corner. Pakistan, a cricket crazy nation, represented by an unpredictable team, will be engulfed in cricket fever for six weeks. Nail-biting & nerve wrecking matches will have the fans just at the edge of their seats. The drama, thrill, and excitement have already begun. Social media frenzy is at its peak and everyone wants to join in the fun be its brands, politicians, celebrities or politicians.

Will it be our turn to rule the world again? Let’s wait and watch! While we still deliver a few days left before the kick-off, let’s have a sneak peak at what’s happening on social channels and how the momentum is building up.

The Cricket World Cup is an ideal opportunity for brands to showcase their presence, relate themselves with the nation’s pulse, increase their outreach on digital platforms and most importantly engage the target audience.

LG Electronics, the event’s official partner, is running a competition called ‘LG 100 Greatest Fans’ and giving away tickets to watch the tournament’s final in Melbourne, Australia. How to win the competition? Simply prove that you the greatest cricket fan by uploading a post on the contest website. There is a fierce competition between Pakistan, India and Bangladesh. Top points scorers from each country will get a chance to fly to Australia and watch the final of the biggest tournament in the cricketing world. Well, if you haven’t applied yet, then hurry up and try your luck. Meanwhile, you can watch the official advertisement to enjoy and share the passion with fans across the globe.

The best way to engage die heart cricketing fans is by offering them a chance to participate in the game. This is where apps come into play. ICC has recently launched the app, ‘ICC Cricket World Cup 2015 Fantasy League’ to get connected and feel all the excitement and drama as it unfolds. Participants can create their own virtual teams according to the rules and at the end, prizes will be awarded to top performers. Similarly, ICC has also launched ‘Your Greatest IX’, a competition where fans get to pick their favorite All-Time Cricket World Cup XI. Share your selected team on Twitter, Facebook or Google plus using the hashtag #CWCGreatestXI to stand a chance of winning exclusive World Cup merchandise.

Many Pakistanis log into their social accounts daily. As the cricket fever is fast approaching, so is the opportunity to make yourself count. Port Grand is live screening ‘THE BIG MATCH’ to pull in a large number of audience. Advance bookings have already started and it won’t be a surprise if the house gets full in the next few days.

How about trivia questions to test the cricketing knowledge of your fans? Well, the giants of telecommunication industry are doing exactly that. They post questions and updates regularly on their Facebook page while counting down the days to kick off. Captivating Facebook covers to animated graphics to patriotic Twitter hashtags, the local brand promotion campaign is in full swing. 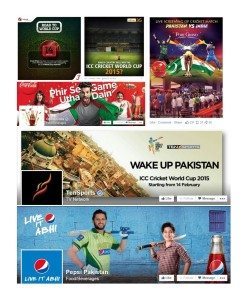 How can you relate to your team and show people that you are a passionate Pakistani team supporter without wearing the green shirt? Haven’t bought one yet? Don’t worry! Online shopping portals such as Daraz, Kaymu and others have got it all covered. Order online to get one at your doorstep before the show begins.

Want to check your cricketing knowledge before the record books are rewritten?  Log on to ICC Quiz and test your memory. See how well you know the game and share your performance with your friends. Finally, there are a number of websites that you can check out for live streaming in case you are unable to watch it on the big screen.

World Cup is a festival that brings together players and fans from different corners of the globe to one platform. Let’s celebrate these precious moments and store them in our memories. We are expecting are number of selfies during the course of this tournament. Lala has already done an amazing job to take one which is in contention for the best selfie of the tournament. 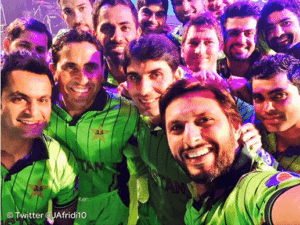 When it comes to cricket, celebrities especially in the subcontinent are fanatic game lovers. Amitabh Bachchan will join Star Sports team for Pakistan-India match. 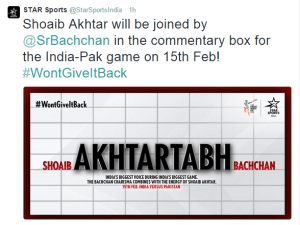 Even Rory McIlroy is in full mood to join the party! 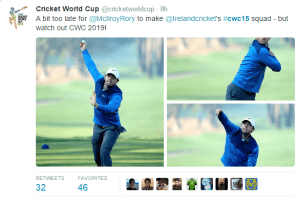 Social Media will play a big part in this year’s tournament. How are you gearing up for the greatest cricketing spectacle? Share your thoughts.