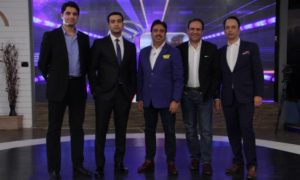 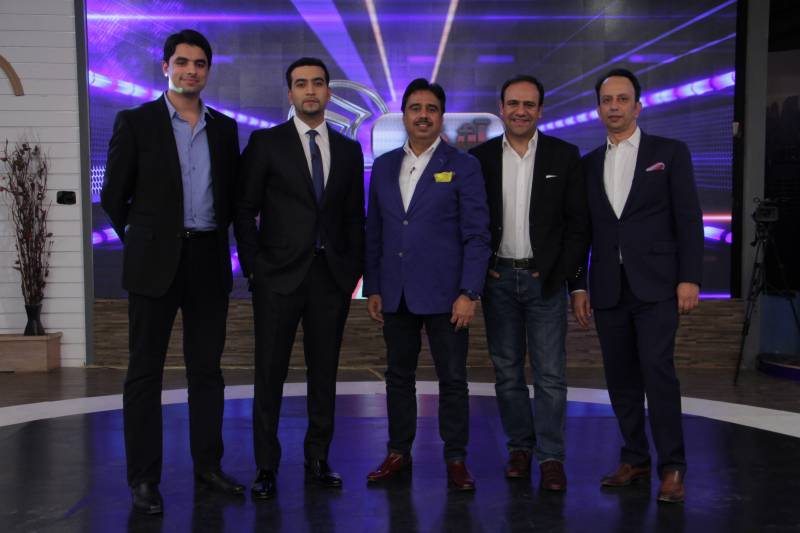 “Idea Croron Ka”, Pakistan’s first business reality show that revolutionized career opportunities and revamped electronic media with its uniqueness and economic impact, is coming back to extend its mission of empowering entrepreneurs and startups with more investment opportunities.

24 startups pitched their ideas in “Idea Croron Ka Season-1” out of which 7 remarkable ideas won investments worth Rupees 120 Million. The popularity and response from audiences has been phenomenal throughout the season one. ICK has been taken as the ‘game changer’ in the electronic media and corporate sector of Pakistan.

She has made dedicated efforts for entrepreneurial development through numerous creative initiatives i.e. Superior Technopreneurial Expo 2016, business idea competitions, entrepreneurial forums & above all “Idea Croron Ka” in collaboration with NEO TV. While she started this journey from Superior’s end, Nabeel A. Qadeer, the lead, host and content producer at Idea Croron Ka was the brains behind the show. He designed the show in a way that phenomenal business ideas won the hearts of ICK Angel Investors who kept on trusting the talented startups by investing in their projects up to the amount of Rs. 12 Crore.

After completion of ICK Season-1, NEO TV is all set to launch IDEA CRORON KA SEASON-2 at Superior Entrepreneurial Expo 2017, in a grand launching ceremony being held on August 19, 2017 at Expo Center, Lahore.

The good news is that all potential business idea presenters who want to take part in IDEA CRORON KA SEASON-2 can register themselves on spot. 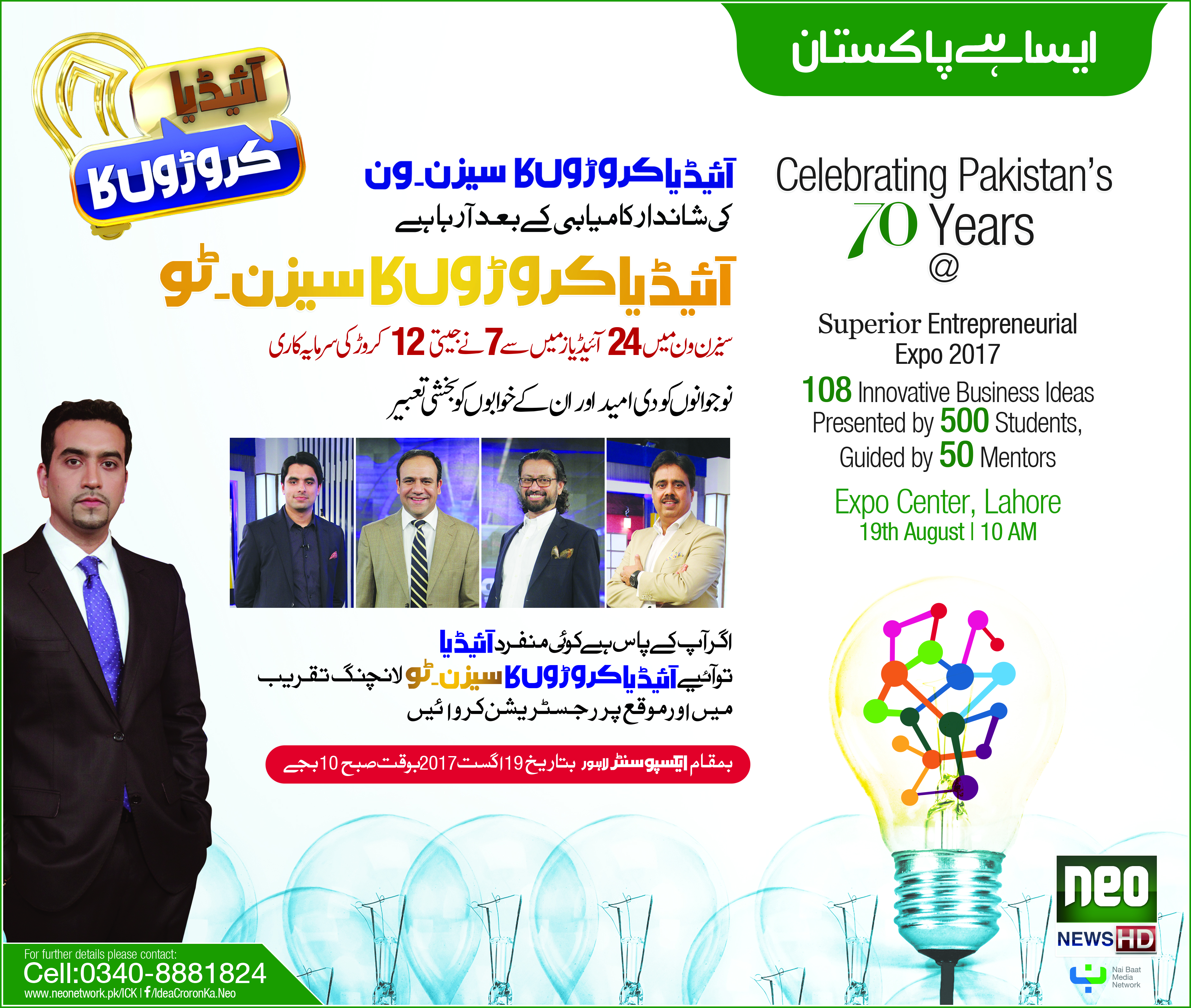 ICK Season-2 will be featuring complete success stories of the people who have came out to be successful despite of their challenges and never lost faith in themselves. In order to give more time to the startup pitches, the segments Himmat Karo Pakistan and Pakistaneo K Superheroes will be merged in Season-2 owing to the audiences’ abundant appreciation for Rafiya Qaseem Baig’s inspirational appearance in ICK Season-1.

Another amazing part about Season-2 is its “Grand Talent Hunt”. The startups will be selected after auditions in Top 10 universities and the Top incubators all over the country so that not missing out any talent from less developed areas, as we promise to facilitate individuals from every nook and corner of the country.

Another great feature of ICK Season-2 will be its “Investors” who will be one of the most influential and Leading figures and the Top Business tycoons of the country who will not only play their role as angel investors but will also provide extensive guidance and mentorship to the participating entrepreneurs.

So gear up as the quest is about to begin and ICK Season-2 is all set to revolutionize the economy of the country by providing a platform to promising entrepreneurs who are seeking investments but have not yet found a way to get it.