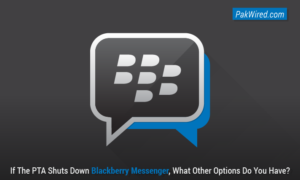 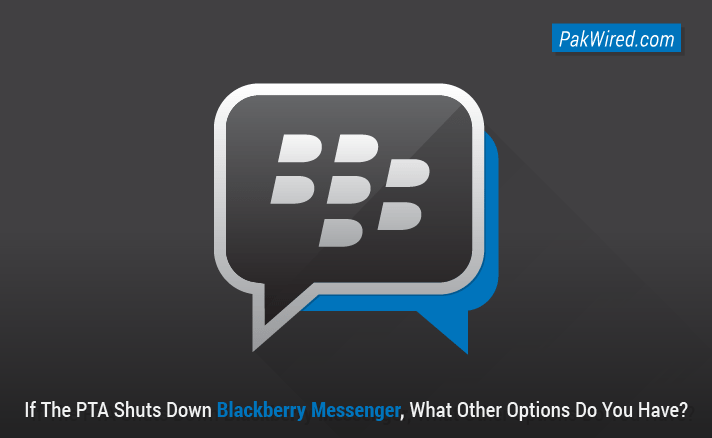 According to recent reports, Blackberry is facing considerable problems in Pakistan at the moment, due largely to a range of security issues. Offering an extremely popular communication service by way of its Blackberry Messenger, the threat of its closure by the PTA is one that’s cause for concern for a lot throughout the country.

But whilst this initial concern is understandable – Blackberry Messenger for some is seen as the one and only option – the reality is there are many more fantastic messenger services available, and the below highlights just a small handful.

Arguably the most well known instant messaging app out there outside of the Blackberry community, WhatsApp was created in 2009 and today has in excess of 800 million active users.

Essentially an elaborate text messaging service, WhatsApp runs on an internet signal and not SMS, which opens up the playing field considerably, giving you the ability to, for example, send videos that wouldn’t be able to be sent easily via SMS.

What’s more, given that Pakistan is still classed as a ‘developing country’, WhatsApp is completely free to use.

Having many fans right around the world, the use of its name has become very much like Google’s, whereby the phrase “WhatsApp it to me” is used in the same vein as “just Google it” is.

Giving users the ability to talk in both group chats and on a one-to-one basis, WhatsApp was sold for approximately US$16 billion in February 2014 to Facebook. Still a separate entity to Facebook’s own messaging service, it’s this itself that should be another key consideration.

With 1.49 billion reported users, it’s obvious that Facebook’s Messenger service should be a contender for your communication needs – a quarter of the global population use Facebook regularly, and I’d expect the majority are using Messenger to some extent, too.

Still integrated seamlessly within Facebook (although in recent times, it has slowly started to break away, such as by having a dedicated mobile app), it’s one of the quickest ways to communicate today, and can be fantastic for simple messages.

There are two notable areas where it does fall down, however, which are a) you generally need to have the person you want to chat to as a friend on Facebook and b) it lacks any real functionality for business use, such as uploading, sharing or collaborating on documents.

Still, you’re going to struggle to find a better alternative for a messenger service where most of your contacts are actually already active and familiar with it.

An option that’s very much focused on business, Slack is a tool that allows for easy collaboration between teams. Free to use for an unlimited number of users (although there are paid options for advanced features), it’s used primarily as a desktop tool, but they’ve developed a fantastic app that makes it an ideal option for mobile use, too.

Channels are essentially areas for given topics that everyone in the team can get involved with.  Conversely, private groups are discussions between defined participants, whilst direct messages are just that – messages sent directly from one person to another.

Having a number of integrations (so you can quickly and easily share documents from Google Drive, for example) I personally use Slack on a daily basis as part of my professional life and since I started doing so several weeks ago, I haven’t looked back.

In today’s world of digital communications, there’s little doubt that Blackberry Messenger’s removal from Pakistan could hit numerous people, organisations and industries hard – but fortunately, there are numerous competitors ready to step up to the plate and provide you with a perfect replacement service.