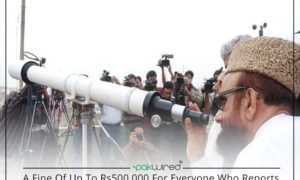 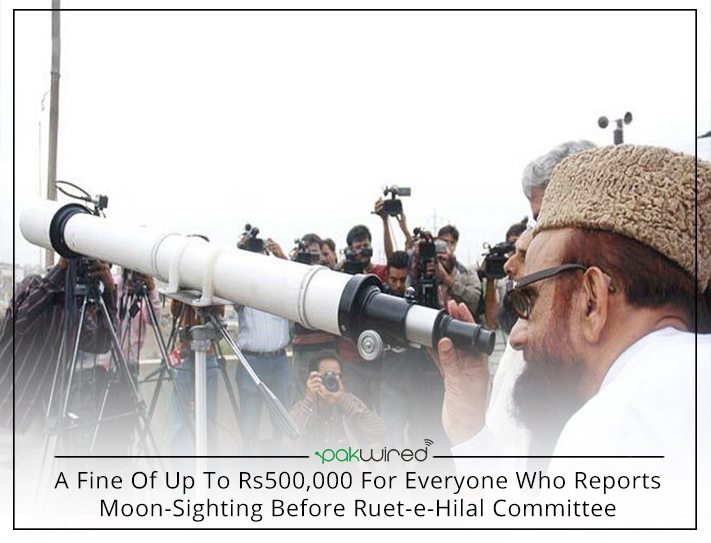 In a latest development, the Ministry of Religious Affairs is in process to present the draft of the ‘Pakistan Ruet-e-Hilal Bill 2017’. Consequently, the bill will bar all the individuals and the media houses from proclaiming reports about moon-sighting before any announcement is made by the chairman of the Ruet-e-Hilal committee.

The draft is currently in the initial stages, confirmed an official spokesman of the ministry.

Purpose of the bill

The primary objective of the draft bill is to restructure the overall functioning of the Ruet-e-Hilal Committee. It will also include the selection criteria and the tenure for its chairman. Moreover, the bill is also meant to assist in bringing an end to all the speculations which surround around the confirmation of date for Eid-ul-Fitar.

Subject to anonymity, the spokesperson said the entire need of the draft bill came after an ugly incident which took place last year when the chairman of the committee, Mufti Muneeb-ur Rehman lost his cool and gave a piece of mind to all the media houses for premature announcement of the moon-sighting.

According to him, various localized and unofficial Ruet-e-Hilal committees across the country publicized moon-sighting without adequate and justified evidence. The spokesperson added:

“There is no law under which individuals or media houses can be punished for making premature announcements. After this draft bill is approved (by parliament), the ministry of religious affairs will be authorized to take action against such individuals or organizations. Moon-sighting is a sensitive matter and any misleading news could deceive millions of Muslims. This bill will help address all such issues”

Ruet-e-Hilal Committee to meet on 26th May

The central committee of Ruet-e-Hilal will be meeting on 26th May in Islamabad for Ramadan moon-sighting. However, the meetings of zonal/district committees will take place at their respective headquarters at the same time.

“Because there is still no law stopping any media channel or any private committee from announcing the moon-sighting before the official announcement, we can only request them to cooperate with us”