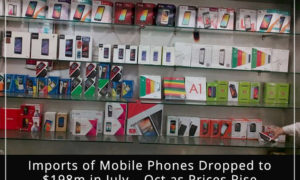 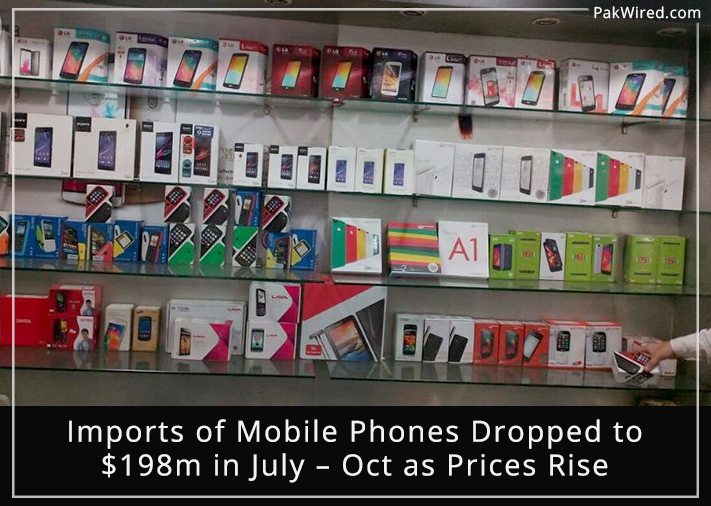 The import of mobile phones has been in constant decline for the last few months for a variety of reasons, as cited by the local representatives of international mobile phone brands like Samsung, Apple, Huawei, Haier, Lenovo, Alcatel, HTC, OPPO etc.

During the previous quarter (July – Oct), mobile phones import rate remained low at 18 %, plunged to $198 million. The value of imports was approximately $753 million between 2015 and 2016 increased 4.15% compared to the previous year, official data shows.

Samsung’s director of marketing for Pakistan and Afghanistan, Saad ul Hasan, said import of low-cost phones with price tags of Rs 1,700 – 2,200 has came down as compared to the import of smartphones that cost Rs 4,000 and up.

But, importing low-priced mobile phones in bulk does not make much difference in overall import tariffs of mobile phones, he maintained.

Generally, the number of 3G and 4G smartphone users in the country has continuously increased. On the other hand, the government’s decision of imposing punitive tariffs on imports, in the 2016-17 Budget, particularly on mobile phones, has caused significant increase in prices, he added.

The total share of smartphones in overall imports of mobile phones is roughly around 40%. Since the introduction of 3G and 4G services, the smartphones import growth has not been as sustainable as expected.

The introduction of 3G and 4G services has not caused a significant impact on overall smartphone imports because these services are primarily provided to specific regions. 3G and 4G have limited range and are pretty expensive as well, Fraz Malik Khan, Deputy General Manager, Huawei Pakistan, told the reporters.