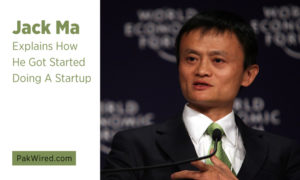 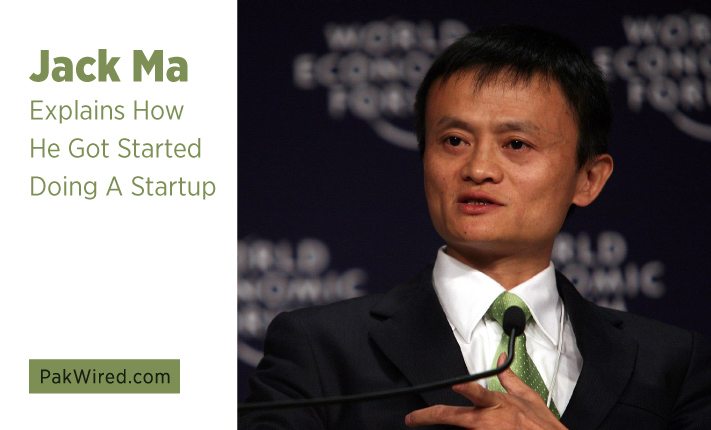 With the Chinese new year holiday fast approaching, many Chinese organizations are hosting “year end” events. At one such event this week at the China Entrepreneur Club, Alibaba founder Jack Ma gave a brief address. In it, he talks about his departure from the world of teaching, and how he got wrapped up in the world of startups:

In 1994, I was 30 years old, and I had been teaching for six years. I had graduated from Hangzhou Normal University and was the only one of my classmates teaching at a college; more than 500 of them had been sent to teach at middle and high schools. Our school president told me at the school gates, ‘Jack Ma you’ll be teaching at a college, you shouldn’t leave there for at least five years.’ I didn’t know that college teachers’ salaries were so low: just 90-something RMB, so I would have left much earlier, but I had told the president that I would stay, so I stayed on for six years. In 1994 when I finally made it to my sixth year, it felt like having completed a prison sentence.

That year I went to America and discovered the internet, so after I came back I began preparing to do a startup. I didn’t know how to do a startup and I didn’t have any experience. After coming back I told our school president I was getting ready to do a startup on this thing called internet. He was a Stanford grad who had studied computers, but after explaining it to him for quite a while he still didn’t get it, and I didn’t really get it either.

He said: ‘Jack Ma, don’t go.’ But I still wanted to, and I figured I could take ten years to try to do something. The next week, I asked 24 friends over to discuss it, all my night school students, and 23 of them said don’t do it, we can’t even understand what you’re talking about. Only one person said to give it a shot. The next morning, I decided they could say whatever they wanted, but I was still going to try. I turned in my resignation, and in front of a bunch of other school officials the president told me that I should come back if it didn’t work out. I said I’d retire and come back in ten years, regardless of how it went. That’s how I got started.

I didn’t really understand what the internet was. I didn’t have any experience. But after ten years of experience, when 2004 actually came I felt I was still a long way from retirement. Now it’s 2016, and I still don’t know when I’ll be going back to teach, but I think those days are getting closer and closer. So that’s the situation and the problem: I’m still on the road, and I’m not sure when I’ll be able to return.