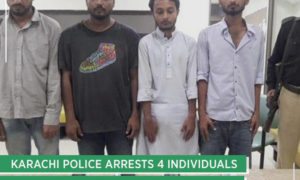 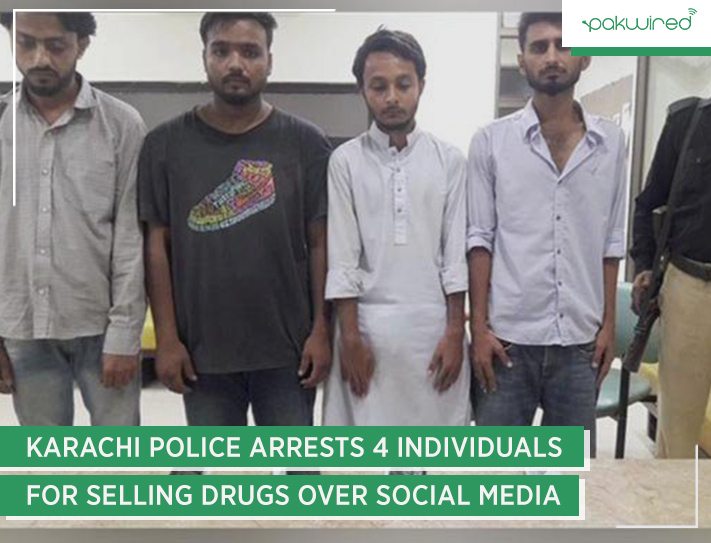 In a latest development, Karachi Police has arrested 4 members of a gang who were selling drugs through social media.

Recognized as Ahsan, Ashfaq, Tabbasum and Taha, the 4 members have been arrested from a posh area of Defence Housing Authority (DHA) Phase VI. According to the Karachi Police, the arrested individuals are apparently a part of a larger member gang. They use social media to approach the potential clients, particularly women, to purchase drugs from them.

The SHO of Darakshan Police Station, Aurangzeb Khattak said in a statement:

“The police as part of the operation approached the group on Facebook. Police officials were offered drugs and called to a location from where the members of the group were arrested”

During the raid, Karachi Police discovered a huge amount of narcotics which includes hash and crystal meth. It is pertinent to mention that these types of narcotics are generally used in universities across the country among the youth.

The police confirmed that they are currently involved in an active search for the rest of gang members who are supposedly involved in the selling of cocaine and ecstasy. The suspects are presently in the custody of the Karachi Police and shall soon be presented in the court of law.

There has been an extensive rise of narcotics in the city. In addition, the rise of social media is also on the high in Pakistan for all the illegal and other socially consider taboo activities. With the advantage of anonymity provided by the digital world, these social media platforms are being exploited by the evil in the society to fulfill their nefarious agenda. With the rise of social media, and the convenience of connection, it comes down as responsibility on all of us to ensure a safe and sound environment for the youth around us.