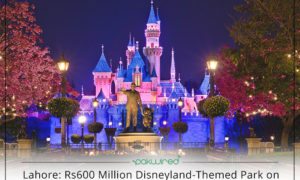 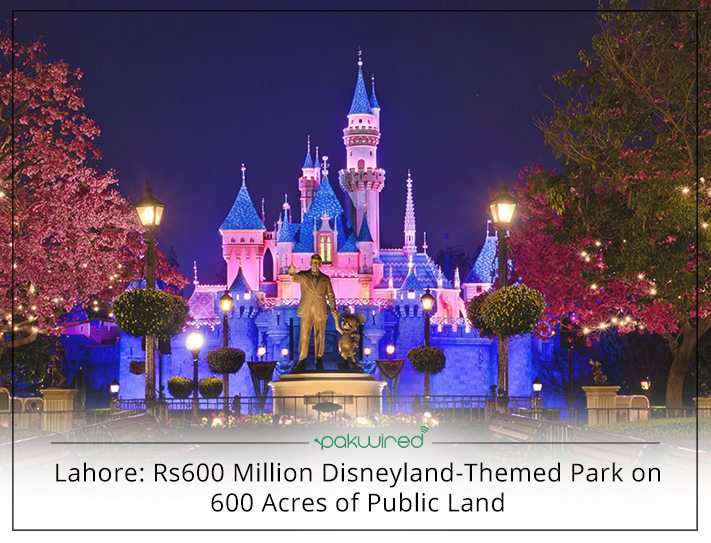 As these words make to your screen, Lahore may very well be on its way to become a home to another major tourist attraction! A Greek investment group is looking to build a Disneyland-themed amusement park in Lahore. LEEAD Consulting, the investment group behind the project is currently in talks with Punjab government seeking a duty and tax-free scheme. The estimated cost of the project has been quoted to be Rs621 million.

Looking for a tax incentive, the foreign investment group has demanded a similar status which has earlier been granted to companies investing under the umbrella of Export Processing Zone (EPZ). Usman Khalid Khan, the Coordination Additional Commissioner, shared earlier that it is less likely for the Punjab government to provide such a massive tax relief on its own. However, the federal government has been contacted for assistance on this matter.

Currently, Punjab Board of Investment and Trade (PBIT) is working on proposals to assist the foreign group. Additionally, FBR has also been considering different options to come up with a plan. Khan also confirmed that once the proposals are submitted by these two authorities respectively, the provincial government will consult the board of investment for the final decision.

The Commissioner expressed hope that the sheer size of investment will convince the government to provide a green signal for the park. In other terms of the proposed demands, 600 acres of land will be allocated for the park and the government will provide land for a period of 20 years.

From investment point of view, the project will open many other avenues for the city. It is expected to pave way for other public attractions such as hotels, business centers, and restaurants. As a result, it will create thousands of employment opportunities besides triggering more business activity in the city.

The park will include a water aquarium and state-of-the-art rides including a rollercoaster. The location will be between Sagian and Kot Abdul Malik areas, near River Ravi. The site has already been approved by the investors earlier this year.

The implementation of the project might be challenging for the stakeholders as this is a third attempt by a foreign investment group to establish a theme park in the country. First, it was Golden Bean, a Chinese company that came forward with a plan and never returned. Later, another foreign group showed interest but failed to negotiate the terms. Nonetheless, the government is planning to seal the deal in the early stages this time. Hence, they are planning to skip the MoU stage and directly finalize the project.

The credibility maintained by the LEEAD Consulting group with the experience of 250 completed projects in 100 countries, is one of the prime factors to put them in a strong position to succeed with their proposal.