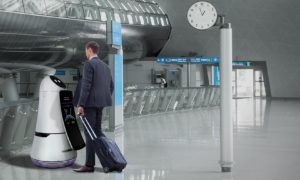 Karachi / SEOUL, August 9, 2017:– As South Korea prepares for the largest winter sporting event in its history, LG Electronics (LG) is focusing on improving automated services at the main hub for the world’s travelers – Incheon International Airport (IIA). Starting on July 21, LG will put into trial service a number of Airport Guide Robots and Airport Cleaning Robots at the award-winning airport to assist travelers arriving and departing Korea. The Airport Guide Robot will roam the airport providing information and assistance to visitors while the Airport Cleaning Robot will be on hand to keep the floors impeccably clean.

By dispatching its robots to one of the largest and busiest airports in the world, LG will be able to provide its robotic services to approximately 57 million travelers who pass through the airport every year. While the robots are officially going into trial service today, they have been a familiar presence to frequent travelers since February, when they began beta testing at IIA. LG engineers have been fine tuning the robots for the past five months, improving their performance based on the data and experience collected during the beta test.

Equipped with LG’s voice recognition platform, the Airport Guide Robot understands four different languages – Korean, English, Chinese, and Japanese – the four most popular languages spoken at the airport, in order to provide assistance verbally. The robot can connect to the airport’s central server to provide information regarding boarding time and locations of restaurants, shops, and much more. With a quick scan of a boarding pass, the Airport Guide Robot can escort the late or lost traveler to the right departure gate on time. 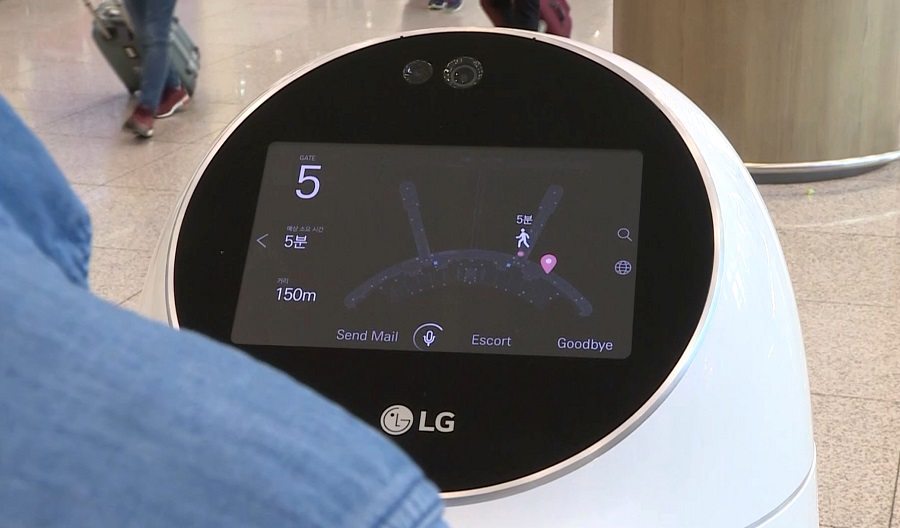 The Airport Cleaning Robot takes LG HOM-BOT’s powerful cleaning performance, autonomous navigation, and object-avoidance capability and applies them to a commercial, public environment. This robot detects the areas that require the most frequent cleaning, stores those locations in its database and calculates the most efficient routes to get there.

With these airport robots, LG is demonstrating its initiative to develop and expand its commercial robot business as a future growth engine. Currently, LG’s robot business is divided into two sectors: home and commercial. LG’s home robots include the HOM-BOT vacuum cleaner and the new Hub Robot while LG’s commercial business consists of robots specially designed to provide services in public areas such as airports, hotels and banks. 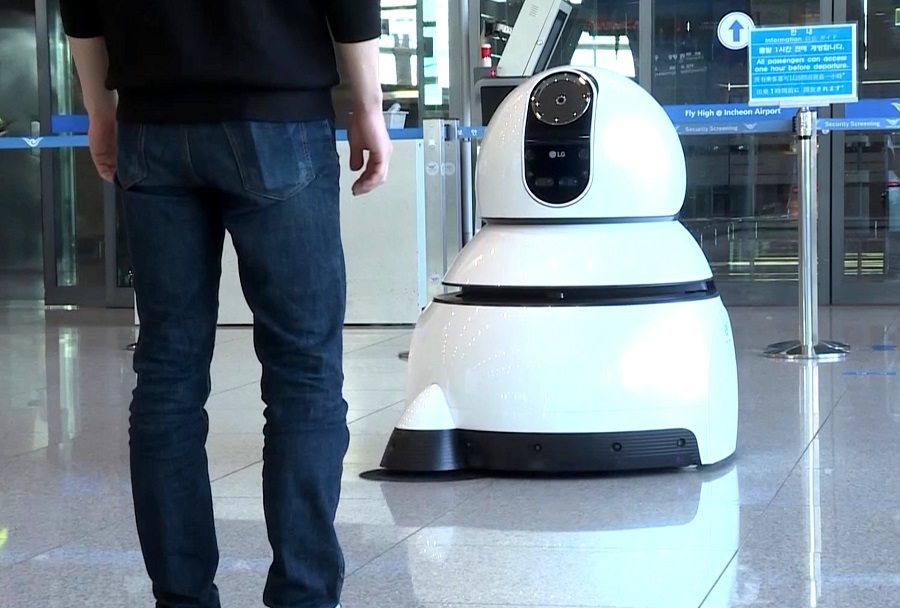 “LG is dedicated to the advancement and development of its robot technologies which includes navigation, voice recognition, natural language processing, and of course, DeepThinQ,” said Song Dae-hyun, president of LG Electronics Home Appliance & Air Solutions Company. “It is this kind of effort and innovation that will drive LG forward in the Fourth Industrial Revolution.”