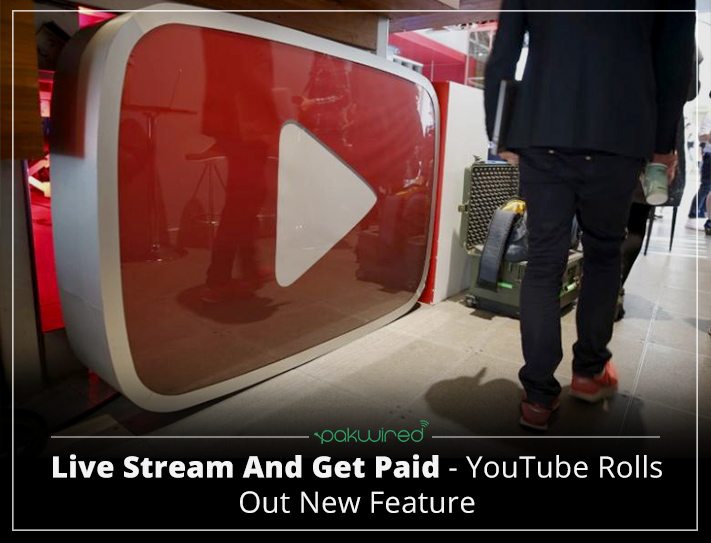 Following the trend set be Instagram and adopted by Facebook as well as Twitter at more or less the same, it seems as if YouTube has decided to jump on the Live Streaming bandwagon as well!

In a blog post launched on Tuesday, YouTube announced that it will be rolling the feature out for other channels soon as well.

Many companies such as the Oscars, Grammies, etc. are vying to get the live streaming feature on their channel so that they may be able to stream their ceremonies directly to their viewership.

Even though YouTube itself launched the feature back in 2011, while Facebook introduced it in 2015, this is the first time YouTube is actually offering money to its stars for when they stream.

YouTube also said that these live videos would have all the same features as any regular video i.e. it would be able to be found via search, recommendations, etc. and will also be protected from unauthorized piracy or misuse via the YouTube terms of service.

Apart from this, YouTube recently launched the SuperChat feature which enables people to highlight their comment against a small fee. This feature is being called paying for the front row seat in a stadium, according to YouTube.

When a fan uses this feature, they would be able to purchase comments in bright colors that they can get pinned to the top of the screen for up to 5 hours, thus getting more audience on the comment itself.