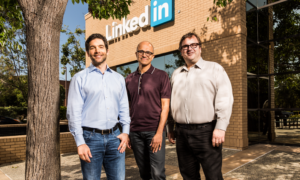 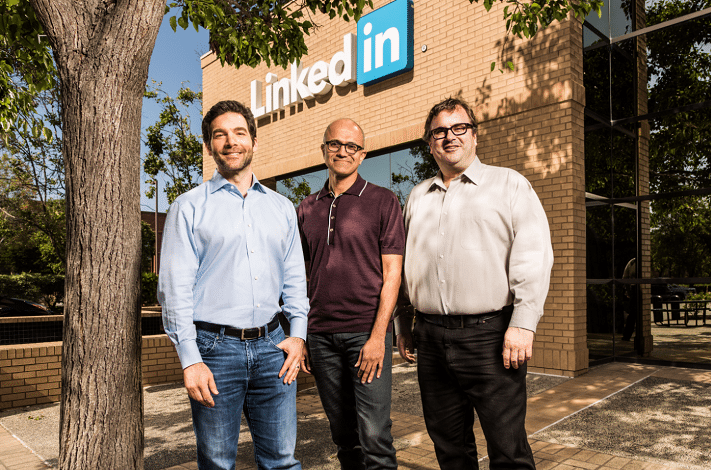 Microsoft is buying world’s largest professional network, LinkedIn for $26.2 billion, the company announced. Microsoft will pay $196 per share for the company.

Microsoft and LinkedIn Corporation have entered into a definitive agreement under which LinkedIn will retain its ‘distinct brand, culture and independence.’ Jeff Weiner will remain CEO of LinkedIn, reporting to Satya Nadella, CEO of Microsoft. The transaction is expected to close this calendar year. Microsoft says LinkedIn co-founder and chairman of the board Reid Hoffman and Weiner ‘both fully support’ the purchase, with both boards signing off.

The transaction has been unanimously approved by the Boards of Directors of both LinkedIn and Microsoft. The deal is subject to approval by LinkedIn’s shareholders, the satisfaction of certain regulatory approvals and other customary closing conditions.

“Today is a re-founding moment for LinkedIn. I see incredible opportunity for our members and customers and look forward to supporting this new and combined business. I fully support this transaction and the Board’s decision to pursue it, and will vote my shares in accordance with their recommendation on it”

LinkedIn shares jumped more than 47% following the news when the markets opened. Microsoft shares, which were halted in pre-market trading pending the news, have since re-opened and fallen 4%.

Microsoft’s CEO, Satya Nadella, said that he is going to spend a lot of money to help it keep up in the services business. This is by far the largest acquisition in Satya Nadella’s tenure. He said that the acquisition will be ‘key to our bold ambition to reinvent productivity and business processes.’ He further stated that:

It has been more than a year since Microsoft was on a hunt for a large acquisition in the enterprise cloud space. Reportedly, Microsoft and Salesforce were involved in some serious talks last year in April but the deal couldn’t strike since both parties couldn’t agree on a price. Microsoft had envisioned a bid of $55 billion while Salesforce CEO, Marc Benioff, at the time was said to be holding out for a price closer to $70 billion.

LinkedIn’s core business is based today around recruitment ads and to a lesser extent, premium subscriptions for users. The recruitment business accounted for $2 billion of the company’s $3 billion in revenues in 2015. Nevertheless, Microsoft is now buying LinkedIn for whopping $26.2 billion and the deal is expected to be closed this year.