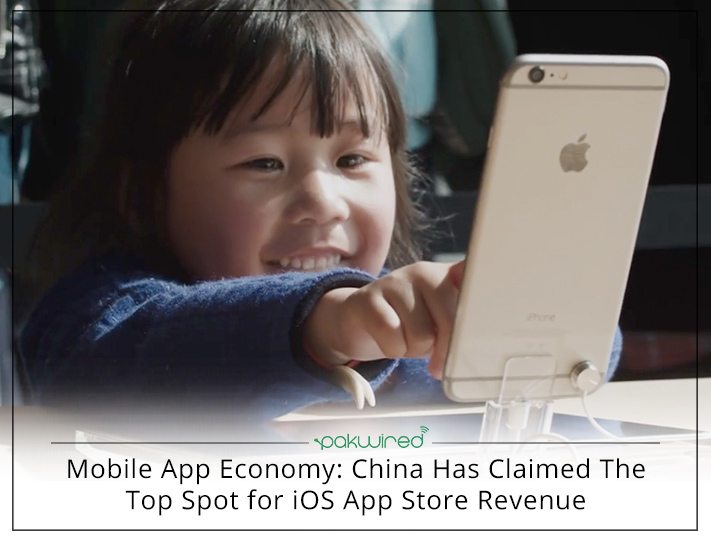 Chinese mobile app economy has progressively improved in the past few years and is only set to continue on an upward trajectory as smartphone penetration peaks and sales keep roaring ahead, according to a report issued by a leading industry observer.

“China’s app economy is accelerating in growth, putting it within striking distance of Japan and the United States,”

The U.S. has been the global leader in app store revenue since 2010. As per a report by mobile app data tracker App Annie, China has now overtaken the U.S, and the rest of the world, to become the largest market for iOS app store revenues.

China secured the top spot for iOS App Store revenue in the Fourth Quarter of 2016, after the country surpassed the U.S. in iOS App downloads.

The majority of App Store revenue comes from gaming apps, especially ones that fall in role playing subcategory. Fantasy Westward Journey is believed to be the most successful example of a role-playing game in China. It grossed US$800 million in China alone since its release in 2015.

“Gaming apps are the biggest market winners in terms of revenue, followed by social networking and entertainment apps, including those offering video streaming and photo editing services”

According to Schmitt, the smartphone apps are transforming many sectors, including the retail and banking sectors, evidenced by China’s booming mobile e-commerce and mobile payment industries.

A report by the China Internet Network Information Center (CNNIC) noted that the number of smartphone-based mobile internet users in China crossed a whopping mark of 700 million last year.

“Though smart phone penetration growth might slow down in the future, the market volume is continuously expanding and people tend to spend more for app services”