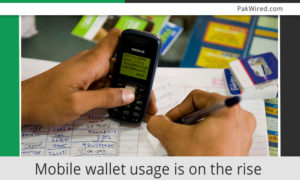 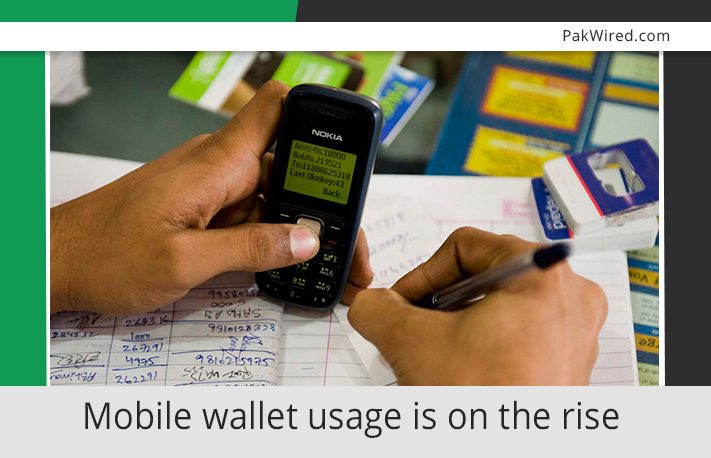 There has been a sudden upsurge in the newly developed concept of mobile wallet (for instance Telenor EasyPaisa, Mobilink Jazz Cash etc) in Pakistan. This mode of financial transaction is an innovative method of financial inclusion for the unbanked population of the country. It saves the hassle of opening up a bank branch and also reduces the effort of the account holder. Additionally, the registration requirements are also very simple thus making mobile wallet a lucrative option for the masses.

Pakistan’s Financial Inclusion strategy 2015 highlights the importance of mobile money in uplifting ‘digital transactional accounts’ and calls it an impetus for growth. Therefore, the recent rise in mobile wallet registration is seen as a welcoming sign. According to the data released by State Bank of Pakistan, the number of mobile wallet accounts have reached a startling figure of 13 million as of Jul-Sep 2015 as compared to only 1.8 million during Jul-Sep 2012. This is undoubtedly an encouraging number from the perspective of financial inclusion.

Unbanked wallet owners are drastically different from those who did not have a wallet account. There are a few social, cultural and economical factors which hamper the penetration of mobile wallet in rural areas.

Lack of awareness is one of the leading causes as 45% of the unbanked with no wallet accounts were unaware about its existence. Thus, communication programs could aid in generating awareness.

Gender discrimination is another vital aspect, as per FII 2015, 77% of unbanked wallet owners are males while only 22% of the population is female. Subsequently, it denotes the cultural taboo associated with women conducting financial transactions.

Despite highly encouraging numbers of mobile wallet adoption in Pakistan, mobile companies still need to do alot to reach out to the unbanked population of the country. There have to battle out the hurdles of social taboos, low literacy rate and low purchasing power of the popultion. Hence, mobile companies have to join hands with country’s civil society, NGOs and the government.

Rising GSTs on mobile phones could hamper this growth to a large extent. Government has to show strong commitment to mobile wallets for expanding the financial inclusion in the country. Therefore, all parties should combine their efforts for facilitating the growth of this sector.