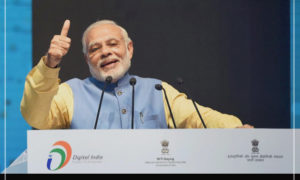 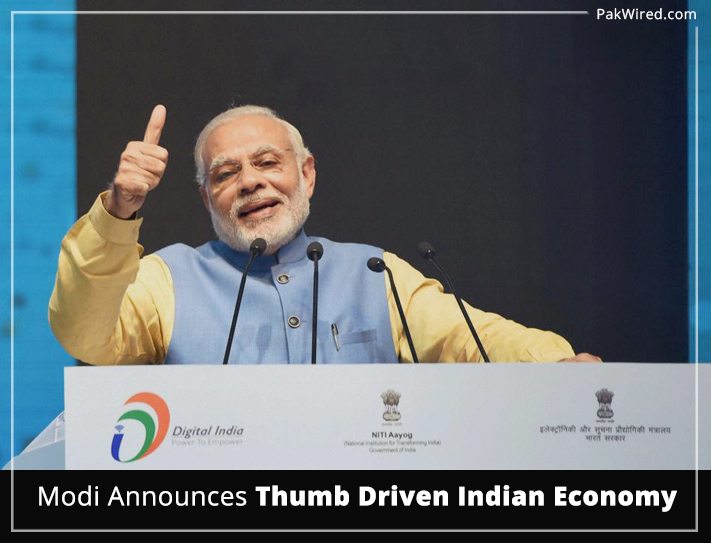 As the cashless economy fiasco has reached maddening proportions in India, Prime Minister Narendra Modi on Friday announced the launch of an app which will enable Indians to bank – yes, thus, the PM claimed – with their thumb!

The new app, announced by the PM at the 6th DIGI Dhan Mela, is an Aadhaar based mobile payment application, and aims to make digital transactions across the country easier for the common man. The application requires only the user’s thumb impression to operate. BHIM (Bharat Interface for Money) the app, has been dedicated to the architect of Indian Constitution, the Dalit icon Babasahib Bhim Rao Ambedkar.

While the country has been making waves in the international media for all the wrong reasons since PM Modi’s government has been enforcing its drastic financial decisions, this time around a fin-tech initiative has been launched by the government.

The Prime Minister claimed that the BHIM app could be used on all mobile devices, even if its a smartphone or a feature phone costing Rs 1,000-Rs 2,000.

PM Modi, who has the history of rising from a tea-seller to the Country Premier’s office, said at the occasion:

“There is no need for Internet connectivity, one only needs the thumb. There was a time when illiterate people were called ‘angutha chchap’. But times have changed, and your thumb is your bank now. It has become your identity.”

To make the digitized mode of payment through BHIM appear more shiny, PM Modi promised that prizes will be given to those who make transactions of more than Rs 50 and less than Rs 3000 using digital payment methods.

As per the opinions shared in the India media, the new app is a re-branded version of the UPI (Unified Payment Interface) and USSD (Unstructured Supplementary Service Dat. It has been developed by a high-level panel headed by NITI Aayog (National Institution for Transforming India) CEO Amitabh Kant for the rural payment system to suit villagers who felt more comfortable using fingerprints as security codes.