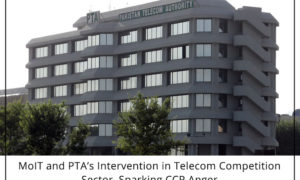 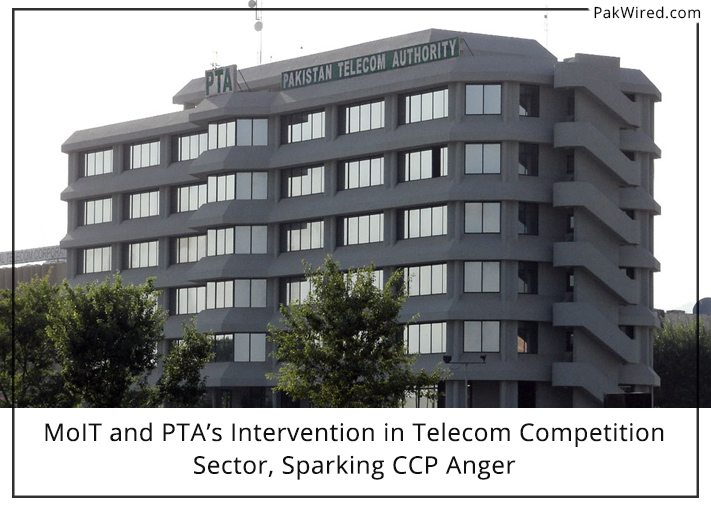 The Competition Commission of Pakistan (CCP) has blamed the Ministry of Information Technology for violating its authority of making legal decisions by taking over the role of assessing the competition behavior in the telecom sector.

About The Competition Commission of Pakistan (CCP)

The Competition Commission of Pakistan (CCP) is an independent regulatory, judicial body that helps ensure greater competition between companies for the benefit of the national economy.

The Commission forbids and halts misuse of a dominant position in the market, certain types of anti-competitive deals, and imperfect market practices. It also reviews mergers of agreements that could result in a significant decline of competition. With its strong advocacy efforts, the Commission aims to promote and develop a ‘competition culture’ in Pakistan.

In a document sent to the federal government on November 10, the CCP has warned that any such attempt of violating its authority of making legal decisions will be seen as ‘violation of roles’ mentioned in the Constitution of Pakistan.

The CCP has asked the government to reevaluate the Telecom Policy, 2015 in correspondence to the Competition Rules for the telecommunication sector, as the issue of competition was lawfully the sole authority of CCP under the Competition Act, 2010, in the Constitution of Pakistan.

“The Telecom policy, announced by federal government, in 2015, may be reevaluated with particular focus to the competition issues, to avoid any serious clash between the clear mandate of Pakistan Telecommunication Authority (PTA) and sovereignty of the CCP,” according to the CCP’s document.

CCP has also emphasized on the need of realistic collaboration between PTA and CCP to ensure a potential competition culture and a robust growth rate in the telecommunication sector and associated local markets in the country.

According to CCP, the PTA’s role as a regulator is limited to regulation of technological and economic affairs in the telecom sector.

Empowering PTA to control competition related issues in the telecom sector will give rise to problems for either side and uncertainty for the telecom operators and users.
The Government should be more concerned about this issue; it has to do more homework to define roles of PTA and CCP in order to help meet targets in telecom sector.

References: The Express Tribune / The Competition Commission of Pakistan (CCP)