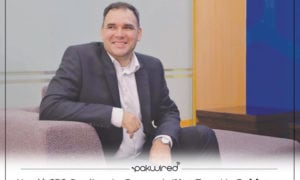 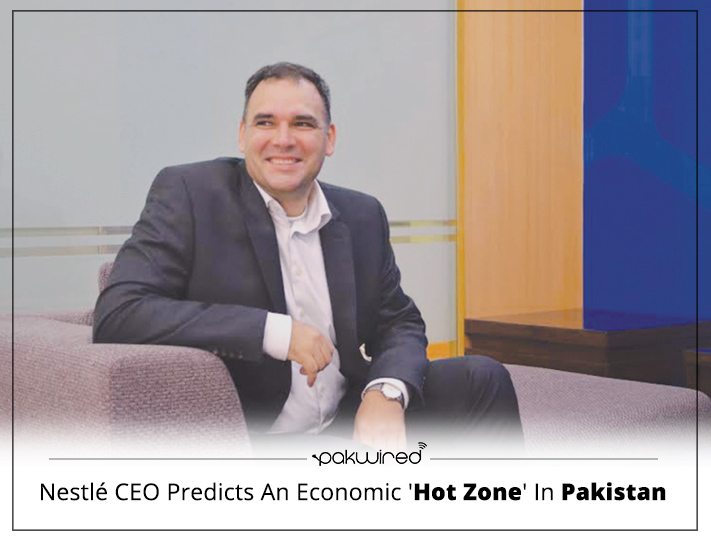 Bruno Olierhoek, the Managing Director and Chief Executive Officer of Nestlé Pakistan, has been working as an international executive at Nestlé for more than 20 years serving across different parts of Asia, Europe and Africa. Olierhoek has a wide cross-functional experience and has successfully led a business turnaround, established new start-ups and engaged in a global business strategy development.

“With increasing per capita income, gradual improvement in economic growth, better law and order situation, easing energy crisis, political stability, exponential gains in equity market, massive infrastructural development under China-Pakistan Economic Corridor (CPEC) and other favourable indicators, we are hopeful of entering the hot zone, which tends to open new vistas of robust growth for food and other industries.”

Having over Rs 100 billion of a remarkable turnover, Nestlé Pakistan is one of the leading multinational firms operating in the country. The global food giant’s performance has often been referred as a great business story at various platforms.

“The local and foreign companies have already started taking interest in expanding their investment in view of the emerging developments.”

“Apart from macroeconomic stability, roads and other infrastructural development, under the CPEC, will greatly improve access to remote areas of Balochistan and other provinces, leading to greater economic activity. The industry is also expecting huge benefits from power projects being constructed as major component of CPEC.”

Nestlé markets its products in 130 countries across the world. The global food  giant manufactures around 10,000 different products and employs some 250,000 people. The company sells over a billion products every day.

Nestlé is more than just the largest food and beverage company in the world. In line with its slogan, “Good Food, Good Life“, Nestlé is, however, increasingly becoming the world’s leader in nutrition, health and wellness.

Furthermore, Bruno added the Nestlé Pakistan is optimistic about energy crisis coming to an end as well as reduction in the cost of electricity, which will ultimately start to lower the businesses’ operating expenses and tax rates.

He further explained, “Having an emerging middle class, a substantial young population and increasingly health conscious people, Pakistan looks eager to offer market penetration after evolving into a hotspot for investment.”

Sharing the experience of his company, while referring to achievements and contribution of regional segment of the global nutrition business, Mr. Bruno termed the distinction of Nestlé Pakistan as another source of gratification for his food empire.

“There are several products that have been conceived or have gained astounding success in Pakistan,” Mr. Olierhoek explained.

“This tremendous success was achieved due to untiring efforts of our employees, he observed. We are blessed with a wonderful team here in Pakistan, consisting of bright and competent people. Their openness and receptiveness to adopt innovative ideas is amazing.”