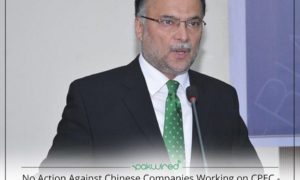 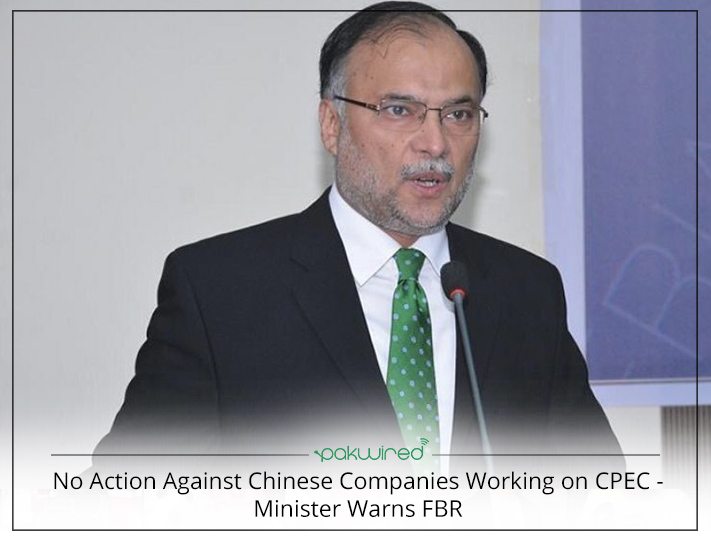 Ahsan Iqbal, Minister Planning & Development, has reportedly asked the FBR to review its policies concerning Chinese companies working on the CPEC projects. The Minister has asked for an immediate investigation to be launched on sealing of bank accounts of a Chinese company. The Chinese organization in question has been working on $1.5 billion Karot Hydro Power project that comes under the CPEC umbrella projects.

The China International Water and Electric Corporation executing the $1.5 billion project hopes that the production will start by 2020. The Karot Hydro Power project will add 720 megawatts of electricity to the national grid.

The matter has been brought to highlight in the process review meeting for the ongoing CPEC projects. Iqbal has asked for a total revamp of standard operating procedures run by FBR and an immediate inquiry on the subject matter. He also urged the FBR to properly regulate its field formations before proceeding actions against any foreign companies.

No action should be taken against foreign companies without the consent of FBR’s Chairman.

Federal Board of Revenue (FBR) had sealed the bank accounts of the Chinese company working on the Karot Hydro Power project. FBR’s field formations attached Chinese firm’s bank accounts but could not defend the move later on. As per the available information, FBR field formation performed the action on a company that had no tax liability. To make matters worse, the action was taken without prior orders and permissions from FBR’s headquarter.

The minister expressed satisfaction on smooth progression of various projects. The meeting also discussed the incentives offered to investors in special economic zones (SEZs) to be set up under CPEC.

Acknowledgement for all provincial governments

Iqbal ensured that federal government would work with all stakeholders to ensure timely completion of CPEC projects.

“The Centre will also remove all concerns of the provinces. It is good to note that the federal as well as provincial governments are working on CPEC projects like a single team.”