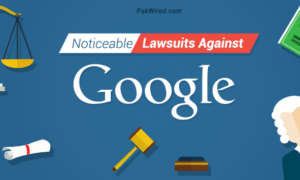 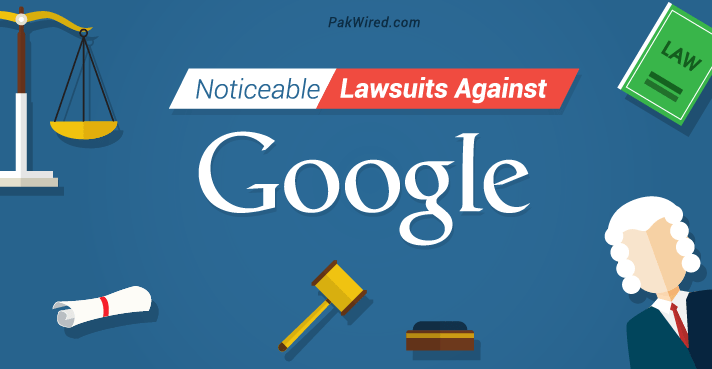 Life as one of the world’s leading technology companies isn’t all fun and games. Google, which provides leading services as the Google search engine, Gmail, Google Maps and YouTube (among many others) has had its fair share of time in the courts. As the saying goes, with great power comes great responsibility, it would be fair to say that with great responsibility comes great oversight. Governments and regulators around the world have either taken direct action or played an intermediary in the public’s complaints against the tech giant.

The subject of these lawsuits is not singularly based on privacy, which would be the first thing that comes to mind with regards to Google’s interaction with the general public. Google has been the target of lawsuits on anti-competitive actions, hiring practices, privacy matters and product design. Lets take a look at a sample of these lawsuits to see what the concerns are:

Let’s start with a good-old privacy lawsuit. Users complain that Google is selling their information without their permission. A lawsuit in 2014 claimed that Google changed its privacy policy and starting commingling user data across its platforms (such as Gmail, Android OS, YouTube and Google Maps) without its users’ permission and sold that data to advertisers. Google generates more than 90% of its revenue from advertising.

Google was sued in 2014 by a U.S. woman claiming that her kid was able to make several in-app purchases because her password remained open for 30 minutes after the game in question was downloaded. This issue has come to the forefront with other mobile app providers such as Apple, where children made in-app purchases feeding their in-app pets or buying lives for their characters without their parents’ consent.

In a class action lawsuit, tens of thousands of technology workers were defendants in a case against Apple, Google and other Silicon Valley companies for their anti-competitive hiring practices. This meant that these companies’ management decided to implement practices of not poaching employees from a list of competitors. This meant that employees’ mobility was restricted as well as their ability to negotiate for raises.

Google’s omnipresence in the search engine industry has raised some concerns of its monopolistic nature and exploitation of its position in other markets. For instance, in this 2014 lawsuit, it was claimed that Google’s pre-loading of its apps on Android phones led to automatic adoption of its services (including Google Search) rather than through a competitive process where consumers would download the apps that they like the best.

If you have used Google’s Street view to roam around the world and wondered how Google gets those images, they do it by driving around in their Google Street Car that captures images on the go. In a small claims lawsuit, a woman in Canada was compensated after she claimed that Google invaded her privacy by photographing her on the front porch via the Google Street car without her permission.

In another bigger outrage against Google Street Cars, it was revealed that along with photographing its surroundings the car was also collecting information from unsecured Wi-Fi networks as it passed by. Google claimed that it did not use any of that data for its products.

Oracle claimed that Google used its code in creating the popular Android operating system. The initial case got overturned but the appeal stuck and Google stands to lose billions of dollars in settlement charges. The case has made its way through appellate courts and Google is currently in the process of requesting the US Supreme Court to hear its case.