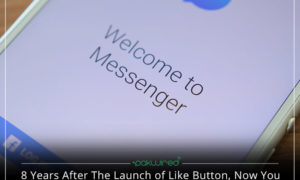 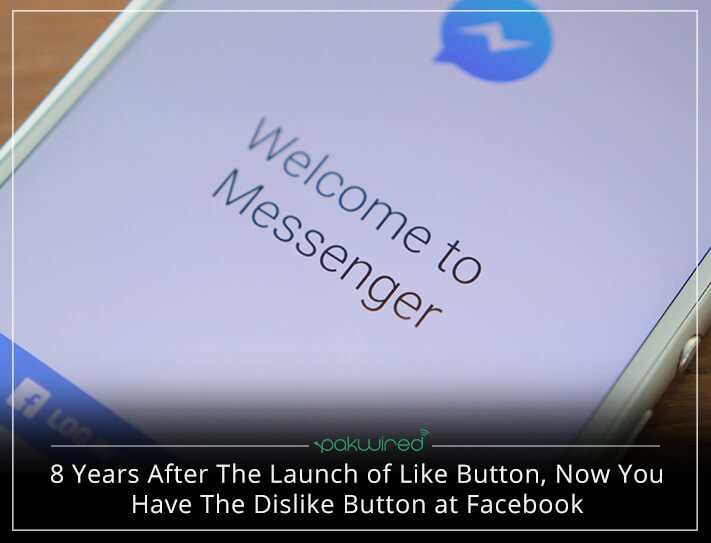 Eight years after introducing its, now signature, Like button in February 2009, Facebook has finally added the much-sought Dislike button. However, it’s not where users most want it to be!

The long-awaited feature has been testing out on a limited number of users in the social network’s messaging app that is linked to the main Facebook service. Messenger has a population of roughly half the number of facebook users. Facebook wants messenger users to attach emojis to their messages the same way they do with News Feed updates.

Users of Facebook Messenger now have a way to express their emotions in a chat thread —via emoji buttons. For instance, if you hover over the messages in a chat thread, you can tap the emoji icon to chose from attaching a thumbs-up Like, thumbs-down Dislike, or a heart-eyes, lol, wow, sad, or angry expression.

Everyone in the chat thread will be able to see that reaction hanging below the specific message you attached it to. Furthermore, the full list of other users’ reaction on that particular message can be viewed in the thread.

The new feature is currently in the testing phase.If people enjoy it, Messenger Reactions could roll out to everyone. Facebook issued a statement saying,

“We’re always testing ways to make Messenger more fun and engaging. This is a small test where we enable people to share an emoji that best represents their feelings on a message.”

Although it has been one of the most demanded Facebook features, the platform didn’t want to add the dislike button to the News Feed, fearing a strong injection of negativity into the feed.

Apple’s iMessage recently debuted Tapback emoji – a format pioneered by Slack’s Emoji Reactions – in its Messenger platform. This lets users share different emotions in fast-flying group chats, where you get multiple messages before you even have the time to write back. Before Slack introduced threaded conversations, it fixed this problem with Emoji Reactions.

Given the success of Emoji emotions in Slack, the feature could make a strong contribution to Facebook’s messaging platforms: Work Chat and Messenger. With the addition of this feature, Facebook is aiming at making Messenger even more interactive and engaging than it already is.