A new Oxford research conducted on the much-coveted Bhagyashali Manuscript has revealed the shrouded in mystery origin of the number zero.

The manuscript – parts of which date back to as old as the 3rd century AD – discovered in a village near Mardan back in 1881, is only a fragment that remains of what is rumored to have been a much-important document pertaining to the archeological aspects of the Gandhara dynasty.

Written in a form of Sanskrit, the manuscript has been discovered to have cast some significant light on the invention of the Number Zero. Even in its fragmented form, the manuscript is a treatise of mathematical knowledge containing both mathematical problems as well as their reasoning in the form of commentary- the first of its kind in the Indian Subcontinent. The manuscript has been found to be a part of the collection of folios finalized in the 10th century, in Mardan area of the present day Pakistan. 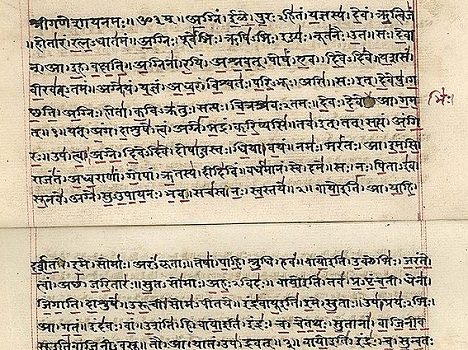 While the manuscript is an impressive feat unto itself, it recently gained much renewed attention as providing insight into the first noted usage of ‘zero’ as a placeholder between numbers. In the text, dots have been used as placeholders between numbers, these are believed to be the first ancestors of the digit zero. Previously, it was believed that the zero first originated in India, fulfilling the gap that was felt for ‘naught’ when dealing with numbers, a lack that was felt in other cultures too.

Written out on sheaves of birch bark, scientists have been reluctant to analyze the manuscript to actually determine its date of origin. Now, however, the document has been put up on display and analytical work has begun to determine how old it really is. Researches have proved that contrary to popular belief, the manuscript isn’t actually a book but rather a collection of three different texts, written at three separate points in time- which explains the contradictions in time-mapping when it comes to determining the age of origin of the text.

That being said, analysis suggests that the manuscript might be as old as the Gandhara civilization itself, meaning that it has the potential to date back to the first discoveries of statues and artifacts of the civilization.

However, no matter what timeline is revealed to be accurate in this scenario, the discovery is an important one because it manages to push back the invention of the zero by more than a hundred years as had been speculated earlier.