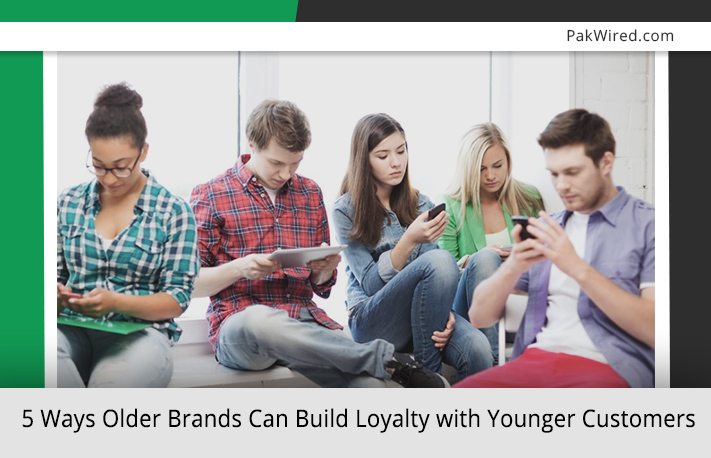 Building brand loyalty amongst customers is a tricky business and one that proves to be tricky at best. However, when we talk about building loyalty in the millennial generation and generation Z, brands seem to have their work cut out for them.

The most difficult thing about catering to these generations is the fact that they have grown up with very unique world views than the previous generations, entirely. Couple with this the fact that they aren’t as close to their predecessing generations and you can understand why the people marketing to them aren’t as effective: most of them are older and come from vastly different backgrounds to understand the things that touch the younger generation in their daily lives.

Brands can’t afford to neglect millennials and generation Z because their total number is estimated to be over 144 million and they also possess a tremendous amount of buying power: many college age millennials already possess $44 million in spending power spread across the US. This means that unless catered to and catered to in a way that they can appreciate, these consumers (and future entrepreneurs) can become a definite force to be reckoned with.

One thing is becoming increasingly clear at this point: only the brands that cater to millennials and cater well will be able to survive in the future.

If you are part of or own a brand that wants to build loyalty within its younger consumer-base, read on:

One of the biggest mistakes big brands make is giving the younger generation a lot of choice-don’t get us wrong, the millennial generation is all about freedom of choice but too much in the way of choice also hampers productivity and ultimately-selling. A lot of millennials are more set in their ways than their parents were. Familiarity is convenient for them and they always lean towards the most convenient choice. Hence, if you want to cater to a millennial, just offer them what they’re asking for and you’ll connect more closely to them than before.

Millennials aren’t unforgiving. They just have a lot of options. Right now, there are more than 10 types of brands available on the market for everything from bread to cell-phones. A youngster might have money but they don’t have enough to waste on you if you don’t offer the quality you’re actually claiming you have. Forgo the flashy gimmicks and last-minute deals: focus on quality and your brand will build loyalty itself.

Many big brands have a younger user-base simply because they’re creative. The economist is a good example of this. As are a few cola brands. They have a much defined brand personality that is creative without forcing their product in your face. Many brands talk to youngsters on their level by organizing creative events and talking to them via tweets and blogs (to name a few platforms). Look into platforms where your users are already present rather than making a new platform and importing users to it.

Have no doubt about the fact that the younger generation still loves ads. Even though exaggerating to the point of turning a monkey into a man just via the right deodorant is redundant and ineffective now, millennials still like to buy products that offer to at least bring a slight change in their lifestyles. Many makeup companies are prime example of effective marketers in this regard and makeup companies have some of the most loyal user-bases around the world in any given region.

You don’t always have to sell, sell, and sell your product or service. Become a sponsor in something that actually helps the environment and community. Many brands have gathered a successful amount of interest and loyalty by just being environmentally-conscious and responsible. Understand your client’s values and cater to them and you’ll be more than good to go.