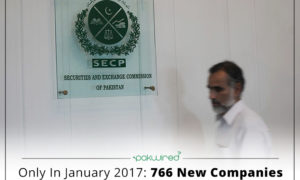 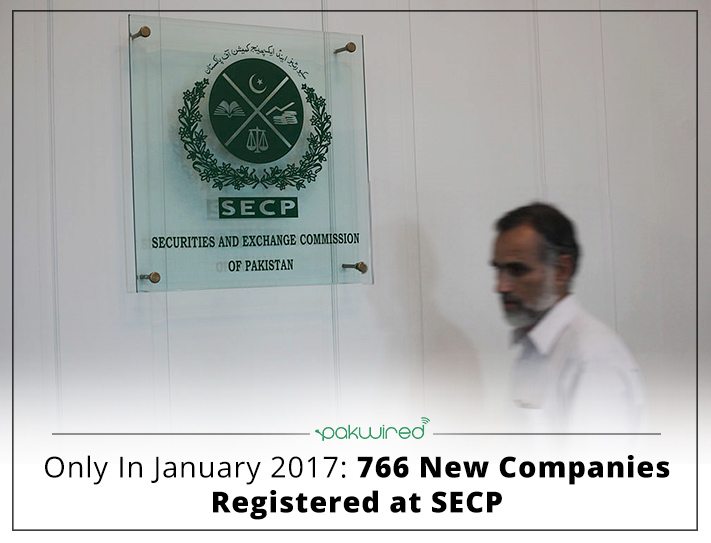 In an official statement issued yesterday, Securities & Exchange Commission of Pakistan (SECP) confirmed that a total of 766 new companies have registered in Pakistan only within the first month of 2017. The statement further stated that out of the new companies registered in January 2017, foreign Investment was seen in 49 companies.

The trend of incorporation of new enterprises at the SECP has witnessed an unprecedented 48 percent rise during the last three months. The growth is following a steady vertical pattern and is a manifestation of the success of the facilitation measures adopted along with the introduction of the new Company Law through Companies Ordinance late last year, the official statement noted.

While at one hand, registration of a whopping number of 766 companies only during the month of January is indicative of an upbeat bullish economic trend in the country, on the other hand it gives a healthy forecast of the economic trend to follow the year through.

As the data released by the SECP reflects of the 766 companies registered:

86 percent companies have been registered as private limited companies;

11 percent companies have been registered as single member companies; 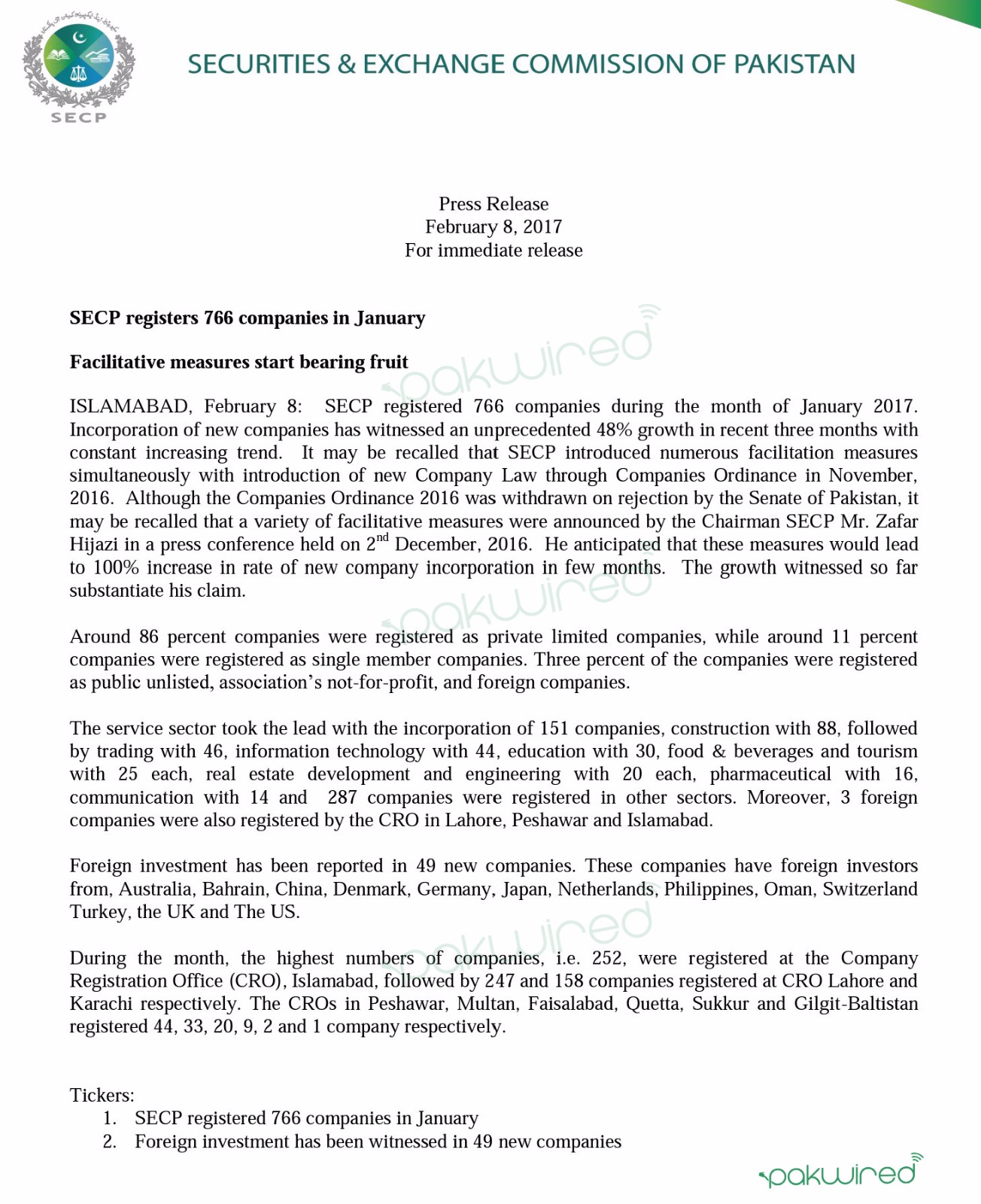 Another interesting insight into the industries leading the new economic activity, noticed by the SECP is, of the areas of operations. The majority of the new found companies is involved in the service sector. This implies that at the forefront of the current economic activity, service sector leads with the incorporation of 151 companies only within the month of January. Further industry-wise breakdown of the new addition of registrations at the SECP reveals that 88 companies belong to construction industry, 46 to trading, 44 to information technology, 30 to education, 25 to food & beverages, 25 to tourism, 20 to real estate development, 20 to engineering, 16 to pharmaceuticals, and 14 to communication. 287 Companies have been registered in other sectors.

It is noteworthy to mention here that three foreign companies have also been registered with the CRO in Lahore, Islamabad and Peshawar.

January 2017 has noticed a registration of 49 new companies at the SECP with foreign investment from Australia, China, Denmark, Germany, Philippines, Japan, Bahrain, Netherlands, Turkey, Switzerland, Oman, the UK and the US.

Interesting to note is the fact that despite being the commercial hub of the country, Karachi witnessed only the third highest count of companies registration at the CRO office, with Islamabad CRO leading the race.