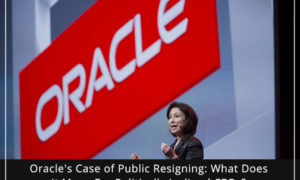 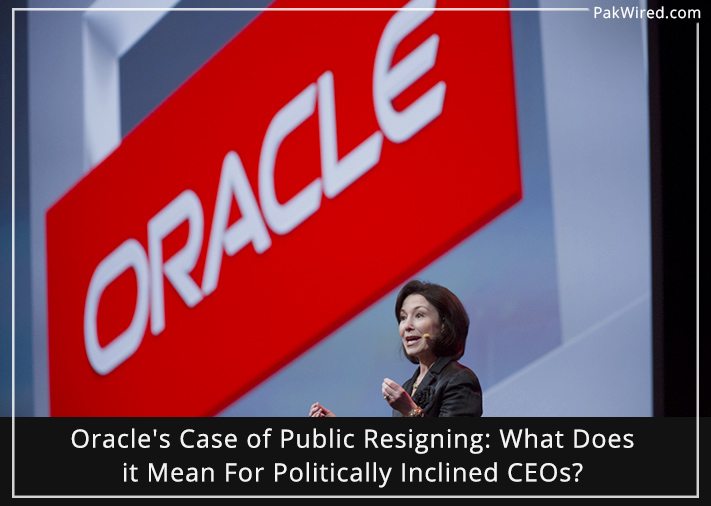 Even though Donald Trump hasn’t yet taken oath, tremors caused by his impending takeover of the Oval have already been felt all over America. However, the expression of public dismay found a new level of intensity, when a Senior Staffer at Oracle made news by writing an open letter of resignation to his company.

The case of public resigning has brought to light, among other things, the high standards of conduct and the distinction between personal & professional decisions, executives of large enterprises are expected to maintain.

In his own words, George Polisner wrote an open letter of resignation to co-CEO Safra Catz because he felt that it was more of ‘a credible action as opposed to an expression of frustration’.

The development came after Trump’s meeting with some of America’s most powerful tech executives last week in a bid to mend fences with a largely pro-Hillary Clinton industry.

Among those at the meeting was Oracle co-CEO Safra Catz, who announced her support to the next administration before the said meeting at Trump Tower in New York.
Following the meeting, Catz accepted an offer to join the Trump administration transition team.

Polisner, aged 57, who had been affiliated with Oracle on and off since 1993 also posted the letter of resignation to his LinkedIn page where he mentioned his main concerns with the Trump establishment which led to his leaving the company. He expressed his concerns over Trump’s choices of cabinet, his environmental and tax policies and also his spreading fear and hatred regarding minorities present in the country.

He said that contrary to Safra Catz’s stance, he, Polisner, wasn’t ‘with Trump’ in any way whatsoever. He also said that he wouldn’t be willing to help the president-elect in any way possible, and thus, couldn’t remain a part of the set-up supporting Trump.

Polisner mentioned that not only were Trump’s policies bordering on downright unconstitutional but they were also criminal and morally unjust. Resigning from the ‘once great’ company, Polisner also mentioned that from personal, economic perspectives his decision was tough to make but it was still better than expressing his frustration in an otherwise unhealthy and unsatisfactory way.

Polisner said that he would not have been led to take this drastic step had the co-CEO Safra Catz made the decision in her personal domain, i.e. stepping down from the company position and supporting Trump as a private citizen. However, since she had not done so, he had been led to resign from a company that supported someone who planned to add to the oppression of minorities and make ‘Muslim registries’ of free citizens.