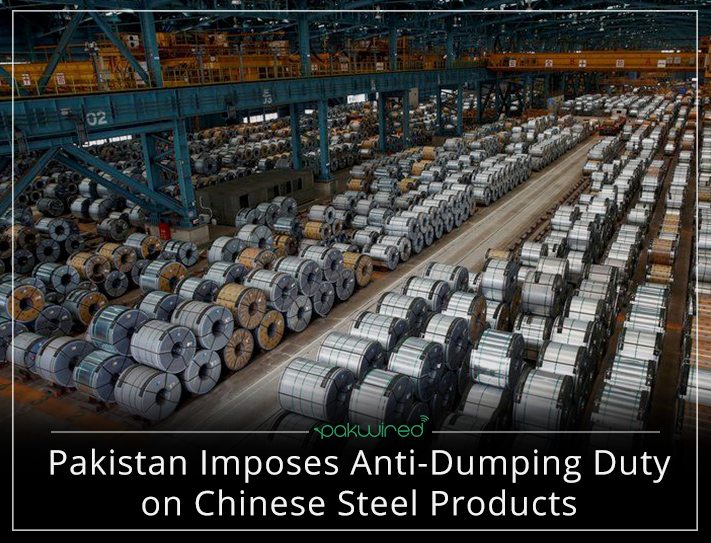 According to a company noticed forwarded to the Pakistan Stock Exchange (PSX), International Steel Limited (ISL) has announced that the National Tariff Commission (NTC) is going to impose anti-dumping duty on galvanized steel coils and sheets, for five years. This decision will take effect from February 8th, 2017.

This decision has been taken after an anti-dumping investigation was launched in August, 2015 by the NTC, upon the request of the domestic galvanized steel producing industry of Pakistan.

The Inquiry Commission found out that the dumping of Chinese steel in Pakistan was causing significant damage to the local industry. The commission found out that the local industry wasn’t just suffering material injury but also price undercutting, price depression, negative effects on cash flow and a decline in market shares, capacity, sales and decrease in utilization and inventory as well.

The duty imposed is upon cost and freight (C&F) value in advance value, on galvanized steel products produced and exported from China.

The dumping margin as determined by the NTC is as follows:

The duty will not be imposed on steel from other sources and any products that use the material for the sole purpose of export.

The NTC was made functional again after a year of inactivity when the Prime Minister appointed its chairman and four other members; thus, fulfilling the long-standing demand for action to be taken by the local industries.

Previously, the domestic industry had suffered due to the inactivity of the NTC regarding the act of dumping which is the practice of importing raw materials from cheaper, foreign sources that make their way into the domestic market. This severely harms the local producers and industries that are already affiliated with the business.

Apart from handling the aforementioned issue, the NTC also deals with trade remedies to solve any problems that local producers or industries might be facing, rationalizing tariffs and proposals for reforms for tariffs, etc.

The NTC also deals with any other trade reforms that beg the attention of the Federal Government.