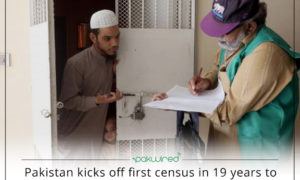 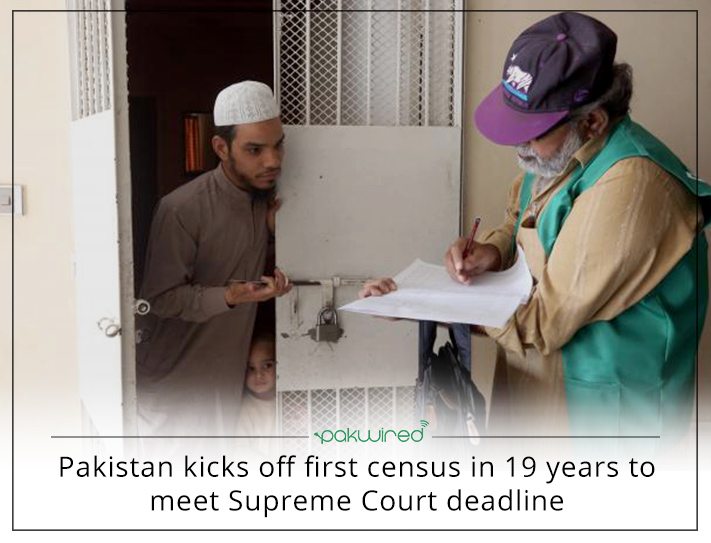 Fast-growing Pakistan, estimated to be the sixth-largest country by population, kicked off its first national census in 19 years on Wednesday, a delay caused by a lack of funds, political squabbling and too few available troops to oversee security.

Around 118,000 “enumerators” in 63 districts began the 70-day data-gathering campaign, flanked by police and soldiers, under the order of the Supreme Court, which had set a March deadline.

The security officials, including 200,000 military personnel, will be present to protect census teams but also to ensure households can enter data without being intimidated.

“We made all the arrangements ‎for a smooth, safe and transparent process of population census,” said Javed Iqbal at the census department in Peshawar, the capital of the volatile Khyber Pakhtunkhwa province.

The census will for the first time also count Pakistan’s transgender community, though members in Peshawar were surprised to be given forms without a separate column for transgender people.

“We have been anxiously waiting for the process to begin but it hurt us as there is no separate ‎column in the form,” said Farzana Riaz, president of Trans Action, a trans rights group.

Parts of Peshawar were cordoned off by police as census teams visited homes. A counter gathered the census data inside buildings while police and soldiers stood guard outside.

“Today we are just asking for the ID card of the head of the family and marking the houses,” a counter told Reuters outside a house in the port city of Karachi, declining to be named as he said counters were strictly instructed not to speak to the media.

“A day after, we will visit again and get further details of families.”

The counter was accompanied by a policeman and a soldier carrying a G-3 rifle.

The 1998 census put Karachi’s population at 9.2 million but current estimates now vary between 18 and 23 million, according to the National Database and Registration Authority.

Chief Statistician Asif Bajwa told local Dawn News channel that Afghan refugees would be counted in the census, confirming a move strongly opposed by leaders of sparsely populated Baluchistan province where the ethnic Baluchs fear being turned into a minority.

Similar fears have been voiced by politicians in the southern province of Sindh, of which Karachi is the capital.

Sindh high court expressed surprise on Tuesday that there was no column for disabled people in the census form and ordered that it be included.

The information ministry had announced last week that disabled people would be counted separately.