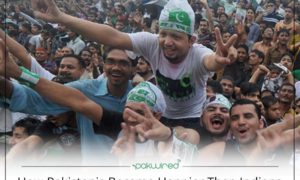 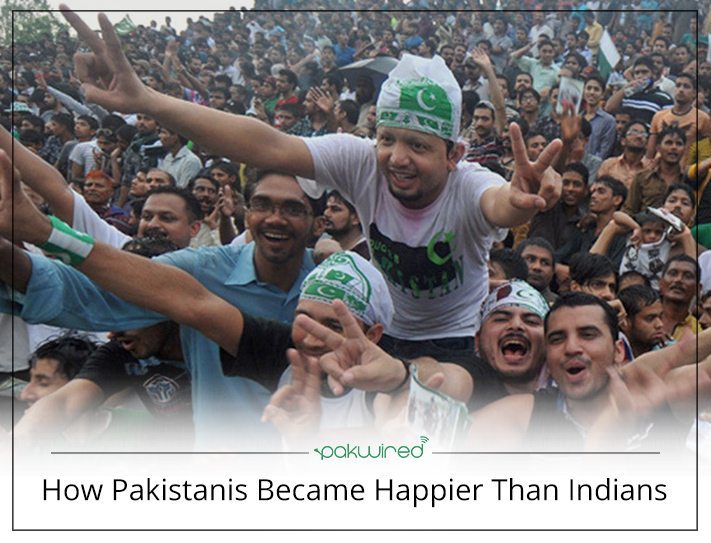 Pakistanis are happier than Indians.

That’s according to the recently published World Happiness Report, which ranks Pakistan in the 80th position, and India in the 122nd position.

The World Happiness Report ranks 155 countries by their happiness levels, combining quantitative data —  such as per capita GDP growth — and qualitative data, such as social support, freedom to make life choices, and perceptions of corruption.

Pakistan’s big lead in the happiness ranking over India may come as a surprise to some. India has been beating Pakistan in a number of indicators that monitor the performance of the two countries, like world competitiveness, GDP growth, and unemployment rates – see table.

Besides, India is a democracy that has yet to be interrupted by military coups and terrorism.

So what have Pakistanis done better than Indians in the pursuit of happiness?

It’s hard to say. Most of the variables included in the calculations are quantitative, and therefore, prone to measurement errors. Still, the gap between the rankings of the two countries is too big to be ignored.

One of the places to look for an answer to the above question is Pakistan’s lead over India in the index of economic freedom ranking. That’s  according to 2017 Index of Economic Freedom ranking, which places Pakistan in 141st position and India at 143th.

Published by the Heritage Foundation, the Economic Freedom report measures such things as trade freedom, business freedom, investment freedom, and the degree of property rights protection in 186 countries.

Pakistan’s lead over India in this ranking may not be big deal to most observers, as it is too narrow to seem meaningful. Besides, both countries are ranked too close to the bottom.

In fact, a closer look at the ranking components of the two countries reveals that Pakistan has fared better than India in the areas of business development and government spending, which matter a great deal when it comes to the freedom of people to make economic choices.

Simply put, Pakistan has been getting ahead of India in working towards the right cocktail between market and government institutions–deploying each institution in areas of the economy where it excels.

And this strategy has begun to make a difference in the way Pakistanis create and spend wealth in the pursuit of happiness.