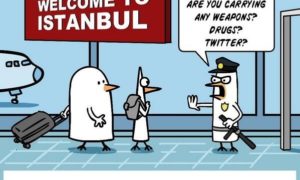 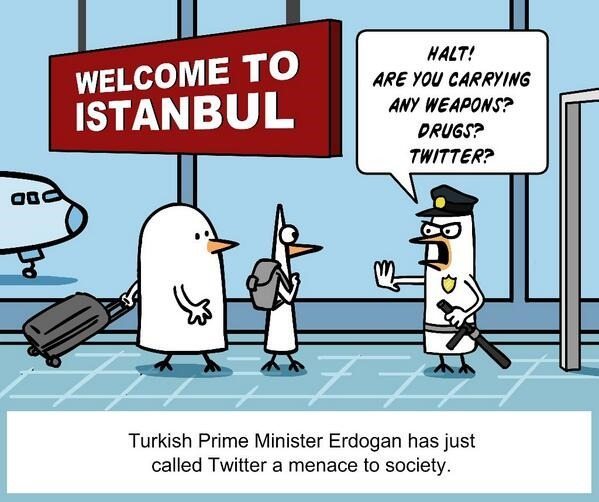 In September, when Prime Minister Nawaz Sharif visited Ankara, he was all praise for the Pakistan-Turkey relationship. In an interview later on, he referred to it as, “one nation, two states.” Well, one of those states just banned Twitter. For those of you who are new to the Internet, Pakistan has famously banned YouTube, and in the past has also banned Flickr, Blogger, Wikipedia, Facebook as well as implemented a nationwide URL filtering system. However, it was Turkey, not Pakistan, that banned Twitter on Thursday, March 20. 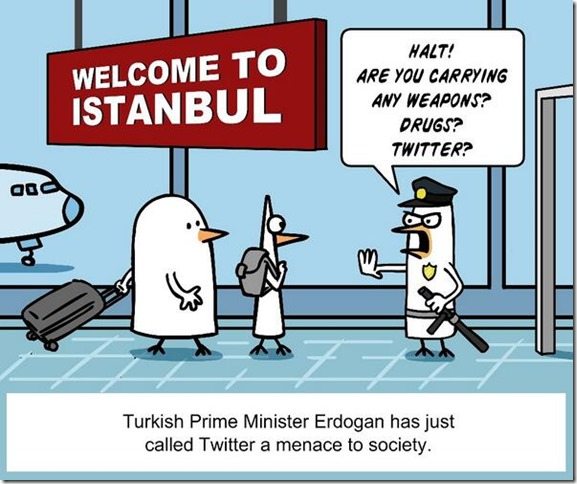 Reasons For The Ban In a rally for the upcoming municipal elections, the Prime Minister of Turkey, Recep Tayyip Erdoğan, spoke out against Twitter. While the official reason given for the ban has been a Turkish court order that demands the online service take down links that allegedly insult Turkish citizens, many believe the ban is linked to Erdoğan’s insecurity ahead of the elections. Just last May, Erdoğan faced heavy criticism when a government proposal to construct a mall on Taksim Gezi Park in Istanbul led to riots. Twitter was crucial for protesters who organized against the project, and at least eight people were killed in the riots that followed. With support for his government flagging, Erdoğan hopes to keep the criticism against him off social media by banning Twitter, hoping that this will help his party do well in the elections 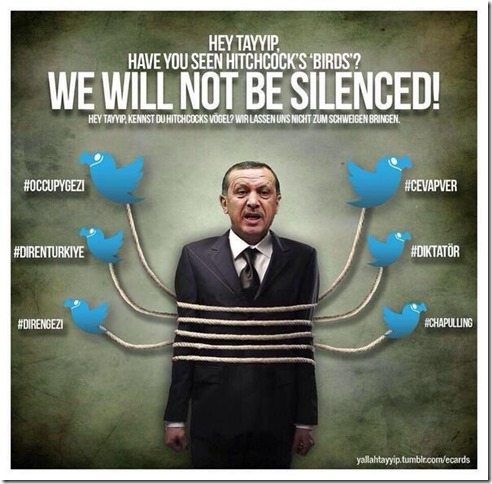 Ineffectiveness of the Ban Unfortunately for Erdoğan, the ban hasn’t really worked. Twitter users have found various ways around it, including changing their DNS settings, logging in via a VPN service, or using the service via mobile SMS. Twitter’s Policy account (@policy) tweeted out the last option on March 20 after news of the ban broke out.

Should We Be Worried? Should you as a Pakistani be worried? Firstly, Twitter was banned in Pakistan. For 12 hours in May 2012, the Pakistani government banned the social media website. The ban was brief, and not noticed by the average Twitter user. It was also similarly ineffective. Still, Pakistan does have a history of banning websites deemed offensive to Islam. It is entirely possible that the government might, in the future, consider banning the social network for similar reasons. They even considered a ban on Skype and Viber (in Sindh) just last year. Just like the Twitter ban in Turkey, however, protesting against censorship – to the government, media and other relevant authorities – is the best way to prevent it from becoming a long-standing issue. There are organizations like BoloBhi, and BytesForAll, constantly fighting against Internet censorship in Pakistan, and have even taken the government to court over the YouTube ban. While a final judgement on that is still pending, it has encouraged students all over the country to start fighting back against censorship.

Regardless of whether or not the Twitter ban remains in place in Turkey – especially after how ineffective it has been in blocking access to the website – Pakistan remains ripe for another ban if the average Internet user refuses to speak up. According to a Pew survey, 62-percent of Pakistanis have no opinion about Internet censorship, while 16-percent are pro-censorship.