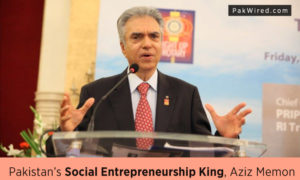 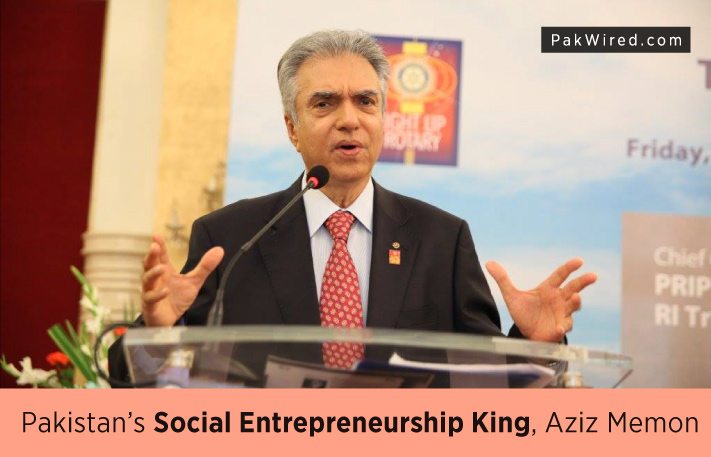 Aziz Memon is one such individual in Pakistan from whom millions of Pakistanis can take inspiration and motivation. Aziz Memon is an Industrialist, a Chairman of the Kings Group of Companies. Apart from being the Chairman, he is an individual who is a proud humanitarian and social activist who is actively working in Pakistan for the eradication of Polio.

The annual revenue in Pakistan is roughly $100 million from the business kingdom called the Kings Group of Companies that has been created by the entrepreneurship king, Aziz Memon. At the same time, he works tirelessly and spends his energy for charitable causes, primarily for the suppression of polio from the country.

When Aziz Memon was asked why he chose to play the role in the humanitarian work, he replied:

“Because working for humanity is universal, it holds no boundaries, no cultures and no religion; it brings me closer to people who are also involved in the same field and gives me great pleasure to work with them”

Since Pakistan’s climate is suitable for solar power, Aziz Memon also owns a solar power business called Orion Solar Power that provides solar power for street lighting and for operating swimming pools. Besides, the entrepreneurship king also owns a medical supply business. Moreover, he is the Chairman of Grand Enterprises that deals in real estate and property development. One of ‘United Colors of Benetton’ retail franchises is also owned by Aziz Memon in Islamabad.

It is generally important how an employer treats his employees as it speaks volume in the overall productivity. Aziz Memon does have a social purpose as a mission in most of his business pursuits. He strongly believes in treating employees and workers fairly and justly. He says that the International clients including the likes of Walmart and JC Penny, have a strict and authoritative stance for working conditions and employee benefits. He stated that:

“Everything is written down in the social compliance agreement. We feel a pleasure doing all this. We feel our workers are our partners”

Aziz Memon is also the Chairman of the National Polio Plus Committee, Pakistan, for Rotary International, that he joined in 1995. When Aziz Memon joined Rotary, there were 2,555 cases of polio in Pakistan. So far this year, the WHO has tracked 11 cases in the country. The entrepreneurship king believes that:

“We are running short of time. There is no tomorrow. We cannot postpone it. Getting rid of polio is the top priority in my life”

The Coordinator of the National Emergency Operation Centre, Dr. Rana Muhammed Safdar, is the Government’s senior most leaders in the war on polio. He says that he has utmost respect for Aziz Memon and that there are no words to describe the respect he has for him.

Some quotes on Aziz Memon from some of the key position holders are:

“I see Aziz Memon as a member of the team” Dr. Michel Thierin, WHO’s Representative to Pakistan

“Aziz has had the ability to build a business, the charm to cultivate an impressive list of contacts and the guts to lead Rotary into areas that only the brave can tread. He is our most valuable resource in Pakistan” K.R. Ravindran, President of Rotary International from Sri Lanka

In recognition of his outstanding and exceptional contribution to humanitarian and community services in the field of public service for 20 years, he was conferred the prestigious “Pride of Performance Award” by the then President of Pakistan, Mr. Asif Ali Zardari, in 2011.