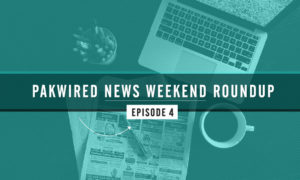 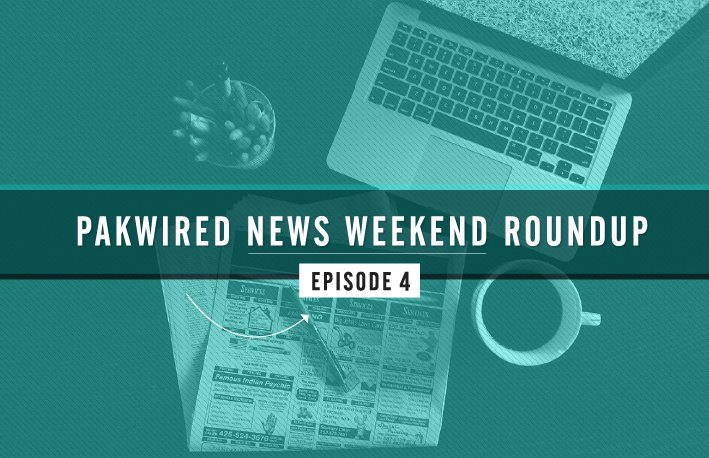 Hello everyone! The winter cold is increasing every day and our coffee supplies might run out anytime soon, but we have some amazing stories to share this week which have warmed us up pretty good! These and other developing stories really excite us because we can sense the rise of Pakistan’s IT culture. It is finally making global headlines, for good reasons. So grab your mug of coffee and enjoy this week’s roundup!

Summary: Pakistani citizen Danyal from Mirpur, Azad Kashmir is making it big as a freelance graphics designer. ‘Quite big’, to be precise. In a success story published on Fiverr, the 22-year old student of Electrical Engineering shared his experience on how he made it so far within a short span of time. Danyal’s story can prove inspiring to the thousands of freelancers around Pakistan who have experience working on ODesk and Freelancer, to name a few. We believe that young gurus like Danyal can set a good example for aspiring entrepreneurs who can establish their own startups if they identify the client base well. Best wishes to the lad and may we hear of more such success stories from Pakistan soon!

Summary: In our last weekend roundup, we mentioned about Careem, an app-based car service operating in the MENA region. Many have termed it a better and more popular alternative to the overhyped ‘Uber’. We were interested to read that Careem has received $60 million in investments from The Abraaj Group, one of the MENA’s largest private equity investment firms. You’ll be further interested to know that the founder of this firm is a renowned Pakistani businessman named Arif Masood Naqvi. The group has around $9 billion in total asset worth so we believe they must have seen some great future potential for the app. As we mentioned last week, CEO ROZEE.PK Monis Rahman had recommended the service to the public. Careem will use the funding from Abraaj to invest in further growth in the Middle East, North Africa and South Asia including new manpower recruitment so we can expect the company’s presence in Pakistan to increase manifold.

Summary: Most of us have those crazy swish-swash unlocking techniques installed on our smartphones. The interface is usually the home screen dimly lit, with a dull view. To give a homely welcome each time you decide to unlock your phone and use it, several apps were introduced over the past 2 or more years which display customized news feeds on your lockscreen depending upon your interests (they do this by asking you to login through any of your social media accounts). We recently heard that now a Pakistani entrepreneur, Junaid Malik, has come out with a similar app called “Slide”. Every link visit or a plain swipe rewards you with points which can be availed as money or incentives (discounts, gifts, etc). If you invite a friend to install Slide, each of you will get a top up worth Rs. 10/- each. Interested? Click here to download.

Summary: Have you ever typed your name in Google and come across very old posts or photos of your former self? Like when you were a school-going student and wrote embarrassingly-childish poetry or ridiculous blogs? Some people probably go “Sheesh!” or “Whoa, I was such a whacko back then!” when they come across these uncomfortable past digital memories. On the other hand, some people might feel insecure just having their presence on the Internet visible for everyone to see. Google offers you the solution to this problem with take-down requests of your old footprints but it sure as heck takes a lot of time and authentication. Recently, a Pakistani researcher Dr Muhammad Rizwan Asghar PhD, Assistant Professor of Computer Science at the University of Auckland in New Zealand, revealed a product he calls “Oblivion”, developed with the assistance of his research colleagues. It quickly and efficiently removes your digital footprints from the World Wide Web. Just ‘how quickly’, you might ask? Around 278 take-downs per second! Very impressive indeed! Click here to download the full text of their paper.

5. IT Ministry Reports Growth of Pakistani Exports By 41 Percent

Summary: The Ministry of Information Technology & Telecommunication (MoITT) has shared encouraging-cum-wonderful news that revenues from Pakistani IT exports have risen by 41% up to $2.5 billion during FY 2014-15. This is quite an exponential rise. Pakistan Software Export Board (PSEB), which was established by MoITT, also revealed that Pakistan has been included in UpWork’s ‘World’s Largest Portals for Freelancing IT Work’. The first news we shared above about Danyal the logo designer is one of many success stories which testify to the popularity of “freelance culture” in Pakistan’s IT sector. We hope this rise continues to sharply increase in the years to come!

Summary: IDG’s Computerworld, the world’s leading IT brand reporting on business technology, published a list of its 2016 Computerworld Premier 100 Technology Leaders. We were proud to notice that Dr Mukhtar Hussain, CIO of Fauji Fertilizer Company (FFC), was among those honored! Reportedly, some of Dr Hussain’s prominent achievements include the largest implementation of SAP ERP in Pakistan and establishing a state-of-the-art Tier 3 Data Centre for FFC.

Summary: AstroLabs, a startup accelerator in UAE’s most popular destination Dubai, opened its doors to 42 select startups from a list of 250 applicants in October this year. It is backed by Google Inc and features a ground-level space with a cafe, desks, video-conference rooms, lightning-speed Internet and a “coding cave” similar to Silicon Valley, among other facilities. Google has also setup a Device Lab within the complex with iPhones, Android smartphones, tablets and computers for startups to test their applications and content. The entrepreneurs have origins from 27 countries, from Morocco and Australia to India and the Philippines. Startups pay for packages ranging from a “moonlighter” deal that includes access to work space for 1,000 dirhams (roughly Rs. 29,000) per month to a one-year contract which includes a company license, mailing address and reserved desks and storage for 3,500 dirhams (roughly Rs. 1 lakh) per month. All package-holders have access to mentors to guide them through their work processes. AstroLabs is situated inside a free zone so interested applicants need not worry about taxes!

8. A Youtube Music App. Yeah, You Read That Right!

Summary: On November 12, 2015, Google’s Youtube announced the launch of its Music app. Who’d have thought we’d live to see such a day? We’ve read the press releases and reviews by tech blogs on its launch but perhaps the biggest downside to it is that the YouTube Music app will show up a lot of those pesky ads unless you get a paid account on YouTube Red (which can patch up with the Music app as a compliment). On a related note, we’re not too excited about this since the long prevailing official ban by the Government of Pakistan on YouTube will render this app useless too! Meanwhile, we’d like to express our heartfelt thanks Erfan Ilyas, the awesomest of awesome people who gave us YTPak.com!

Summary: The Princeton Review and Entrepreneur recently published a list of top 25 undergraduate and 25 graduate schools for entrepreneurial skills development and management studies. For the fourth consecutive year, Babson College ranked on #1 positition for undergraduate whereas Harvard University secured the similar distinction in the graduate category for the second time. Click here for more.

10. Alibaba’s Online Sales In China Cross $14 Billion In One Day!

Summary: The Chinese have been famous for doing many things and it seems e-commerce is no exception either. Alibaba, one of the world’s largest e-commerce websites known as the ‘Amazon of China’, made annual sales in China which surpassed $14 billion *rubbing eyes*. So much sales in one day, especially through the digital medium, is an extraordinary feat in itself. Truly unbelievable! We’re pretty sure Alibaba’s rivals in the West are scratching their heads, trying to figure out just how lucky Jack Ma is. Click here for details.