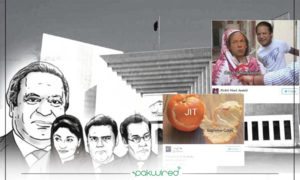 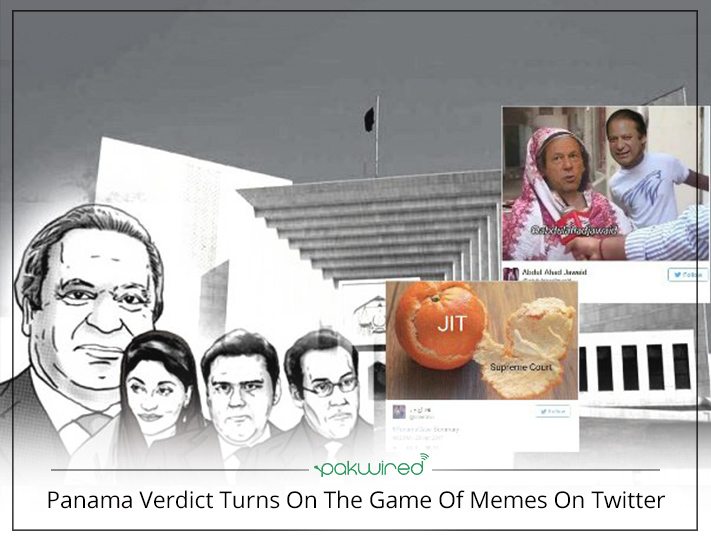 Following the unanimous decision against Nawaz Sharif’s disqualification as the Prime Minister of Pakistan, there were celebrations all around the country. However, PML-N supporters are still supporting their party, understandably so. While everyone was waiting for the Panama Verdict, Supreme Court of Pakistan unanimously disqualified Nawaz Sharif and dissolved the federal cabinet.

Amidst all this, the game of memes kicked off in some style as jokes from all around the corner started to pour in. Here are some of the best reactions of Twitteratis on the Panama Verdict and Supreme Court’s decision:

This is even better with the titanic music. pic.twitter.com/GhA6IqTf9d

Congratulation to The Whole Nation.
No doubt! All credit for the case goes to Imran khan who fights till last ball.#PanamaVerdict

I wonder what President Mamnoon Hussain would be thinking at this moment?! #PanamaVerdict

Calibri should be official font of Pakistan. What do you suggest? @MaryamNSharif

No more Go Nawaz Go in cricket games. This chant has served well now is officially retired. Thank you Go Nawaz Go. We appreciate you.

AND NAWAZ SHARIF HAS SLIPPED AND IMRAN KHAN IS THROUGH ON GOAL pic.twitter.com/eAiKtE7GeR

What is your take on the result?