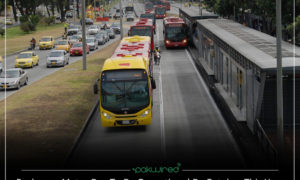 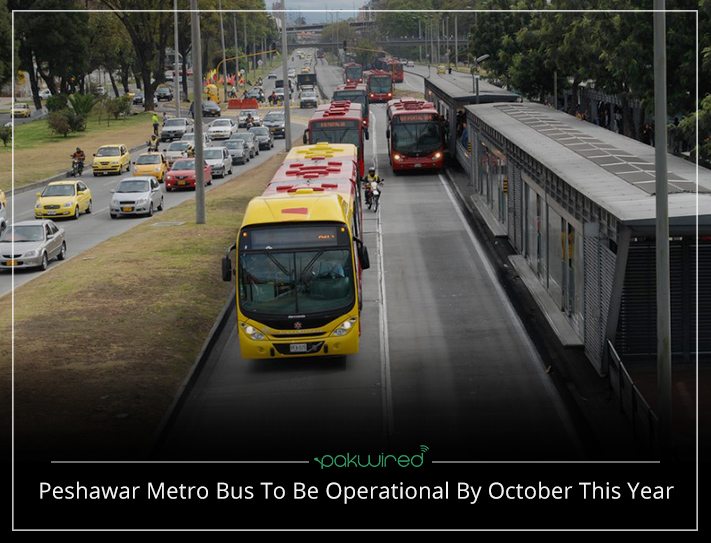 The provincial government of Khyber Pakhtunkhwa (KP) has decided to launch a Metro Bus project in Peshawar, following the successful implementation and outcome of the project in Punjab. As shared by the Peshawar Development Authority (PDA), the design of the Rs41 billion Peshawar Metro Bus Project has also been finalized.

Peshawar is an administrative and economic hub of KP province and FATA region. The public transportation sector in Peshawar has been neglected for decades, and no significant investment was made to upgrade the city’s ailing transportation system. At the moment, the existing private public transportation is the only travel option available to the middle and working class of the provincial capital.

The great number of private vehicles is considered the main cause of air pollution and traffic congestion in Peshawar. According to a survey conducted by University of Peshawar, the growth of private vehicles is much higher than the commercial vehicles (23.85%), which accounts for more than 228.98% in the period from 1998 to 2010. As the number of vehicles increased at an exponential rate; however, no expansion has been done in the road network to manage the growing number of vehicles in the city. This appalling situation prompted the K-P government to introduce better public transportation solutions in the city.

In a press conference, the PDA Director General Manzoor Wattoo announced that the track of the Metro Bus will be completed within 2017 in a period of 10 months. The Metro Bus project is part of a Comprehensive Development Strategy introduced by the KP government to improve the transportation system in the city.

KP government official spokesperson, Mushtaq Ghani, rejected the notion of availing any foreign funding for the project and informed the media:

We will generate our own funds for Peshawar Metro Bus Service project that would be completed at low price as compared to that utilised in such projects in couple of cities in Punjab.