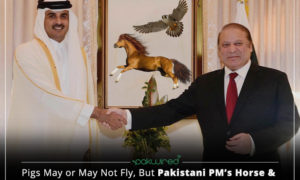 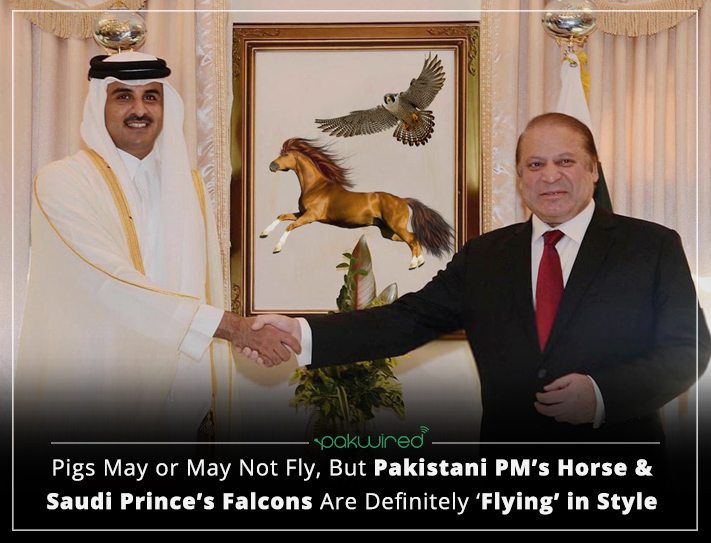 Gone are the days when old McDonald kept his farm steeds at the farm. If the news of Qatari Airways flying 80 falcons among other passengers in their Economy class hadn’t caught your attention, well, here is a hoofed beast riding a C-130 right about now on its way to Doha. 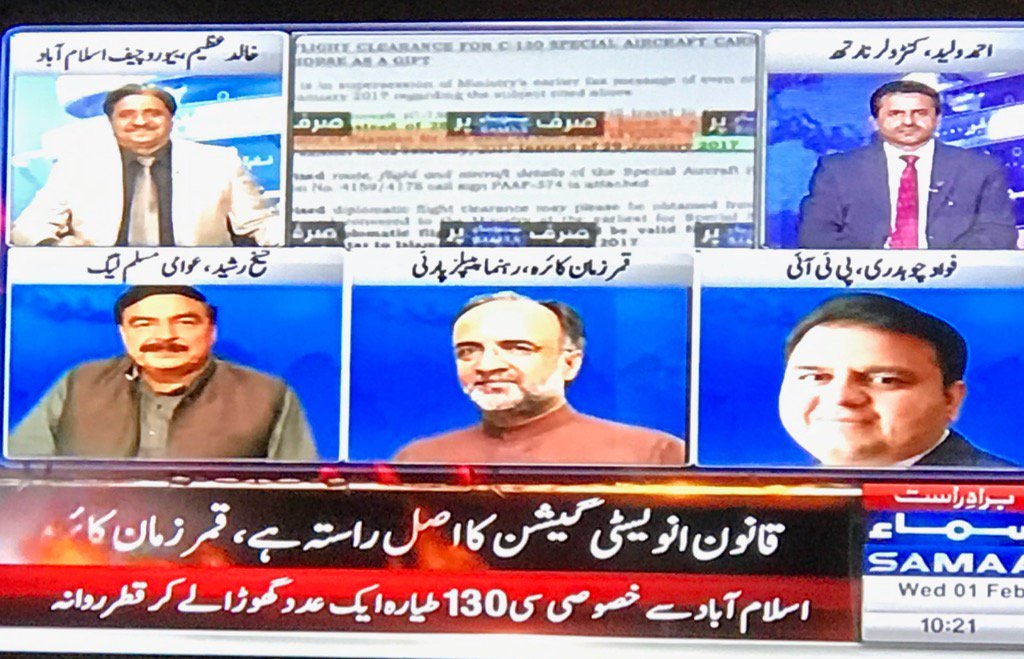 As per the news shared by Samaa TV , Prime Minister of Pakistan has sent a gift to the Emir of Qatar Tamim bin Hamad Al Thani. The gift is a beautiful pricey horse, and befittingly is being carried to its new home by a C-130 plane.

The special aircraft transporting the gift horse, however, has more occupants as well. The craftily worded news report highlights a troop of 13 Government of Pakistan delegates also accompanying the horse. 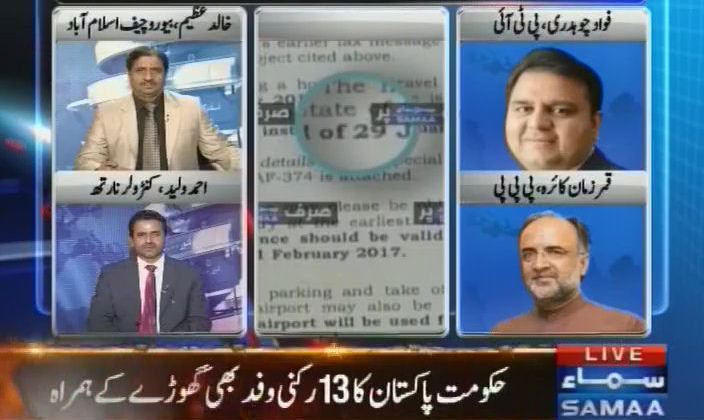 While the news of our local horse riding an aircraft to the foreign lands, over tax payers’ money, is bound to warm our hearts, there have been some other similarly amusing stories. 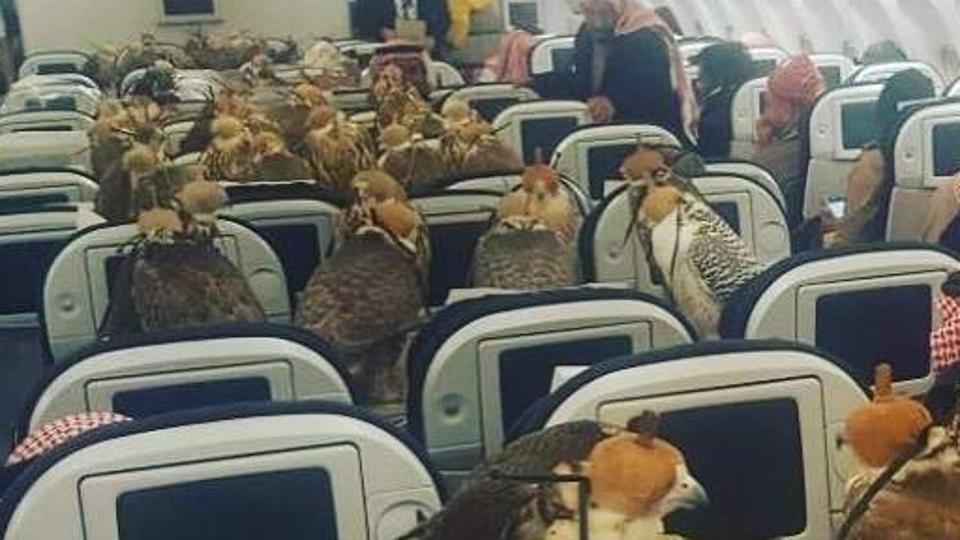 Something definitely smelt ‘fowl’ on this particular flight. Or maybe it was just that speculations seemed to be ‘soaring’ at an all-time high but that’s to be expected since this was no ordinary ‘flight’! If our bird puns haven’t already given us away, we’re talking about the recent picture posted on Reddit that has been talk of the town everywhere.

In the picture, you can view, as far as the eye can see, a sea of falcons, all blindfolded and probably wondering just why on earth they’re flying when they can, you know, fly.

But apparently, it was upon the whim of their owner, a Saudi Prince who deemed it necessary that all 80, yes you read that correctly, of his illustrious pets must be flown to wherever he wished them to be.

Of course, pets, though rare a sight, aren’t that uncommon. Many international airlines allow people to carry seeing-eye dogs along all the time. And Falcons can even get their own flying green passports to travel inside the UAE because, you know, regular flying’s just that mainstream.

The aforementioned passport also allows the falcons to fly to Bahrain, Kuwait, Oman, Qatar, Saudi Arabia and, you guessed it: Pakistan as well!

However, flying Falcons is no easy feat. The feathery friends must be secured in place with blindfolds in front of their eyes so that they don’t get scared and cloths under themselves to prevent any ‘accidents’.

With time, many airline companies have grown used to and have hence started accommodating the frivolous flying requests of their passengers like the Arab Prince in question. This is why many airline companies do allow people to travel with their pet falcons on a usual basis, provided that they have the necessary documentation.

However, it appears as if though 6 is the limit when it comes to letting falcons fly with their friends. What remains to be seen is how did the Prince take 80 birds on board when the airline permits only 1/13th of his crew!