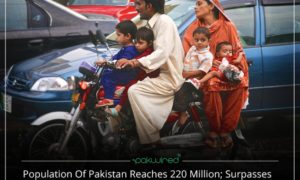 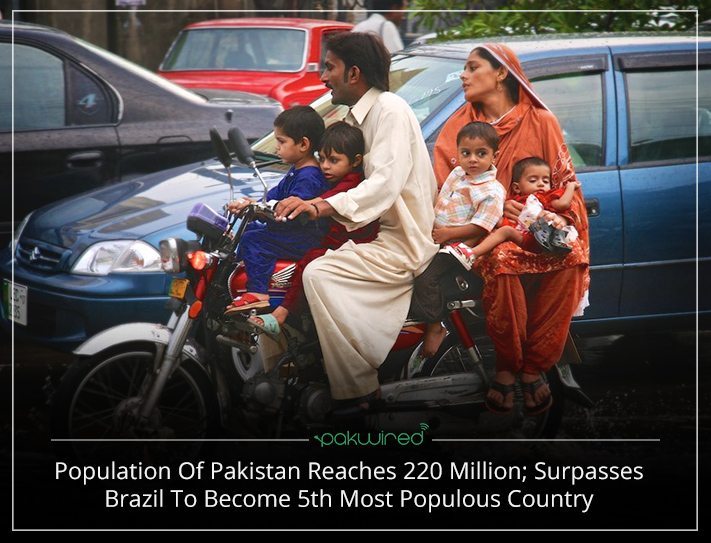 Pakistan is now the fifth-most populous country in the world. According to the latest figures, Pakistan has surpassed Brazil to appear in the top 5 list of most populated countries behind China, India, United States and Indonesia.

The population of Pakistan has gone past the mark of 220 million. In March 2017, Pakistan initiated to conduct the census nearly after two decades. The successful execution of the census was made possible largely because of improved security conditions in the region.

According to Pakistan Bureau of Statistic (PBS), the census teams made sure to count every single individual along with their housing unit. The exercise was done nationwide to make sure that no single person in left uncounted.

The anticipation of the overall population figure was roughly 200 million. However, the list which government released on Friday, had a higher digits as expected and it was beyond 220 million mark.

Breakdown of the population province-wise

The numbers revealed that 207.77 million people reside in the four provinces of Pakistan and the tribal regions near the Afghan border. However, rest of the 15 million are located in the disputed territory of Kashmir and Gilgit-Baltistan in the north, near Pakistan’s border with China, as per the official of PBS.

The people of Kashmir and Gilgit-Baltistan do hold Pakistani passports; however, the population in the region is not included in that of Pakistan because of the disputes.

Not too long ago, Pakistan was the sixth-most populous country in the world. Their population was close to 200 million before the census. However, it has now taken over Brazil, which has a population of 210 million.

In the last couple of decades, Pakistan’s population has grown at an average rate of 2.4% even though the government is trying to control the speedy surge in the population.

“This is a surprising factor. The rate is much higher than estimates”

“For a country like Pakistan with limited resources, such a huge population could become a burden if innovative policies are not made to turn the youth bulge into an asset. You got to have some policy framework to promote entrepreneurship to engage a sea of people … Otherwise, more individuals means more consumption of resources”

It has been projected that by year 2050, Pakistan’s overall population will be 300 million while the world’s population at that time would be around 9.7 billion.