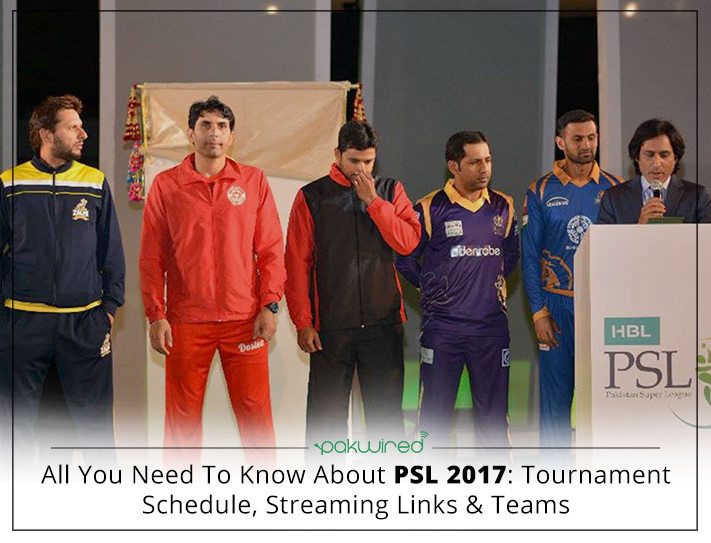 EDITOR’S NOTE: We’ve been hosting PSL 2017 Live Stream via the official PSL channel. Due to some technical issues at the PSL stream front, hosting has been disabled. We regret the inconvenience.

Its that time of the year again!
With its bubbling sport and vivacious city banter, the second season of Pakistan Super League – PSL 2017 is here in its full glory.

Beginning tomorrow on Feb 9th 2017 in UAE, the fiery competition between the five teams is going to take the nation by storm. The opening ceremony and the first match will be played on Feb 9th with the final taking place in Lahore on March 7. From the first to this second edition of the PSL, the number of matches has been increased from 16 to 18. 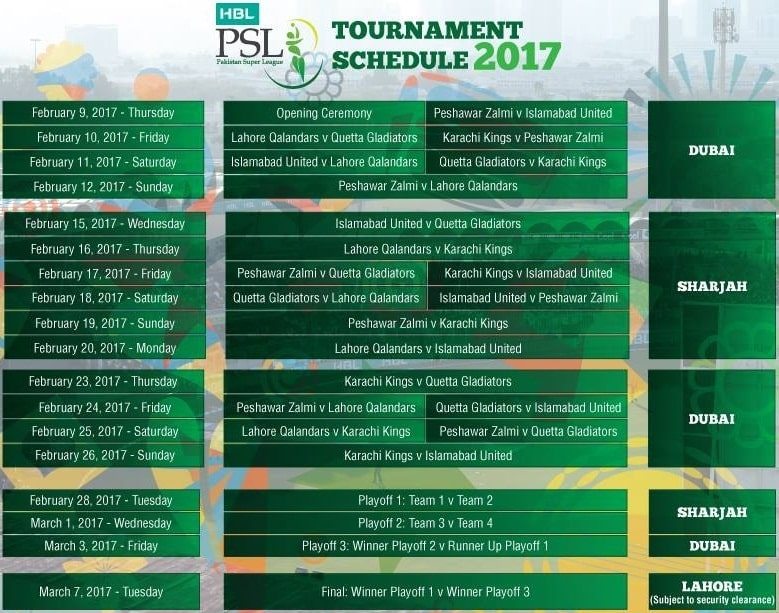 PSL has launched an official Android application to keep the audience updated with live scores and match updates.

In addition to this, PSL matches can be streamed online on laptop or PC via official PSL stream link.

For the convenience of PakWired audience, we shall be hosting the stream for our readers as well. So that you can watch the exciting PSL matches right here at PakWired website while catching up for your dose of business and tech news.

The second edition of the Pakistan Super League takes off with the following teams on board:

Islamabad United
Defending Champions are being led by Misbah-ul-Haq again. 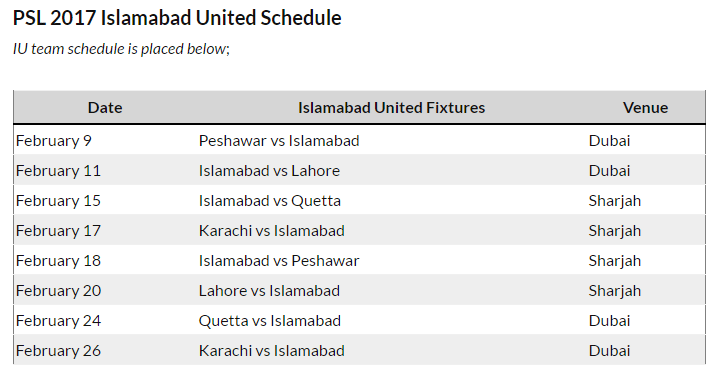 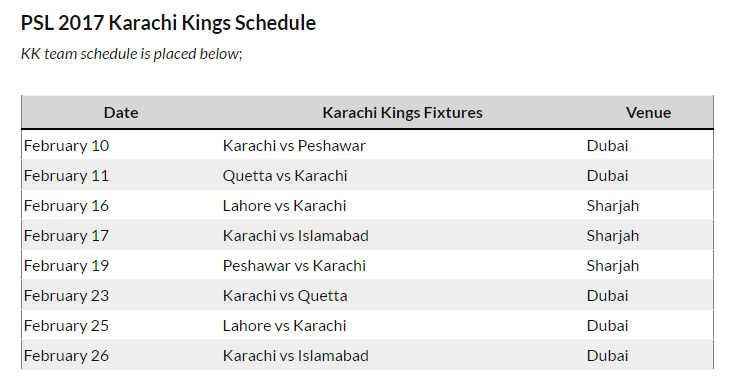 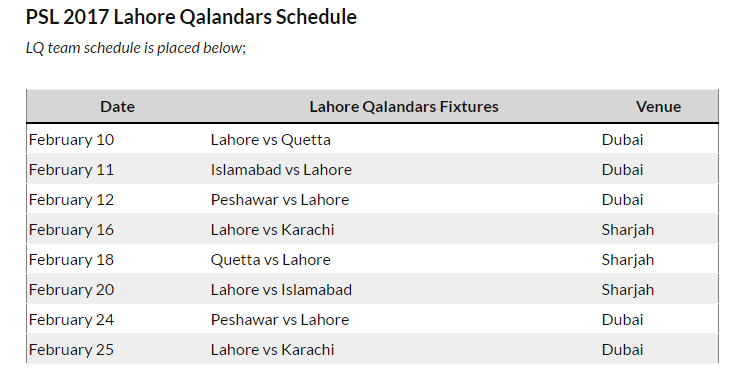 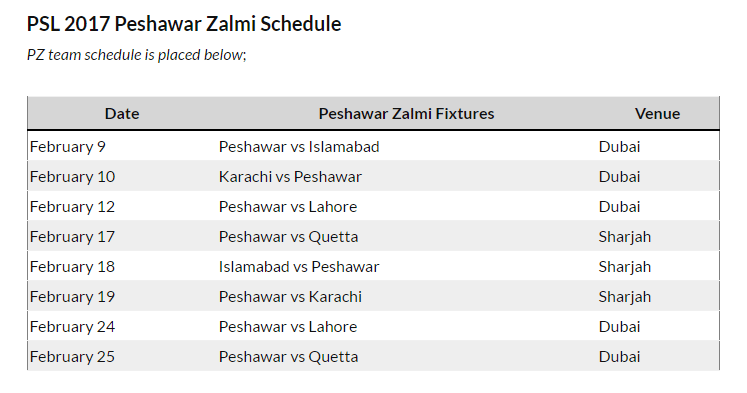 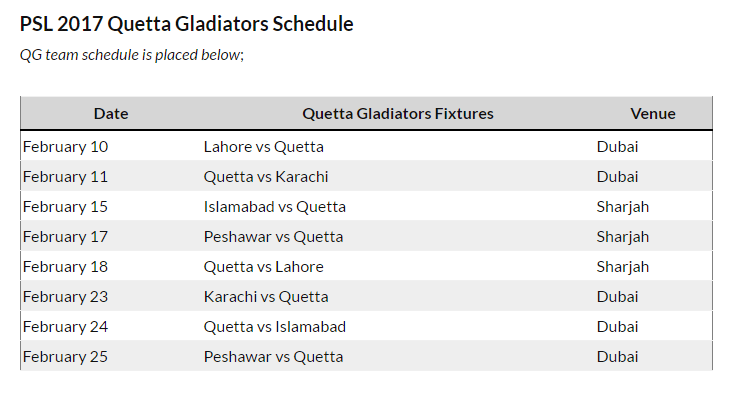 Here is the team lineup for the 5 teams: 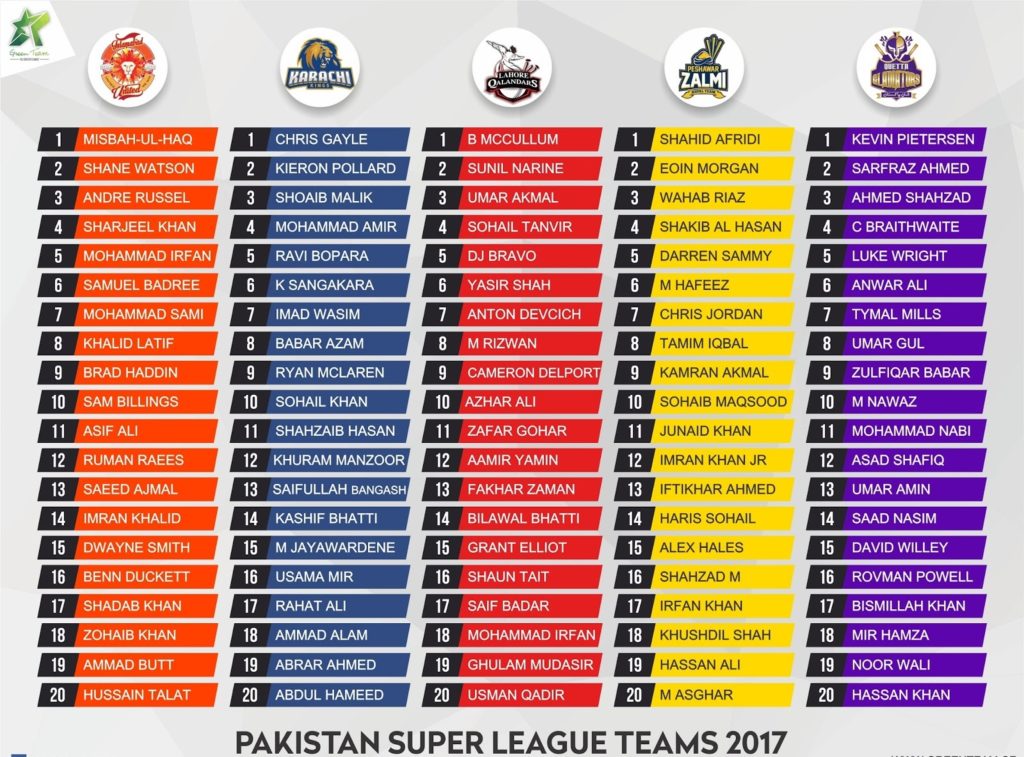 Operating on round robin format, each of the participant teams will face every other twice in the PSL 2017.

In the early phase of group stages, each win shall translate in award of two points; one point in case of no result/tied and no points for loss. The top four teams will qualify for the playoff stage of the tournament.

Super Over: In the situation of tied scores after completion of the overs, the match winner team shall be determined by using a super over.

While we’re all eager for the fiery tournament that kick-starts tomorrow, don’t forget to check out this space for the true visual experience of the live streamed tournament.