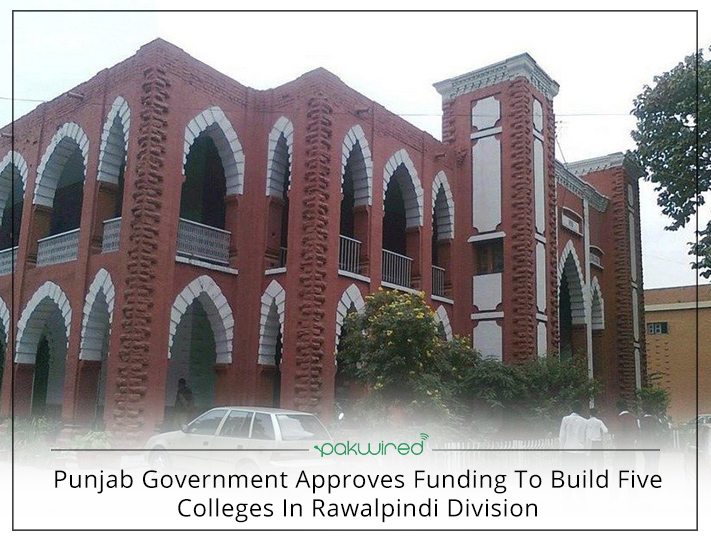 To administer the admission ambiguity in the Rawalpindi Division, Punjab Government has given a go-ahead to setup five colleges. The new project will be establishing colleges for both boys and girls.

According to the details, besides building five colleges in the region, the new project will also form four new brand new classrooms in the older colleges. The notion is to curtail the shortage of space for the students.

Punjab Government is intending to spend roughly Rs371.6 million on the overall project. For the same, funds have already been allocated during the provincial budget.

Breakup of the funds

The sources revealed that funds are most likely to be released next month in September. The breakup of the funds is as following:

Rs403 million are apportioned for building Girls Degree College in Jhelum. The government has also approved funds to construct a college in Hassanabdal and the amount that would be spent is Rs308 million.