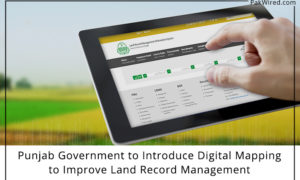 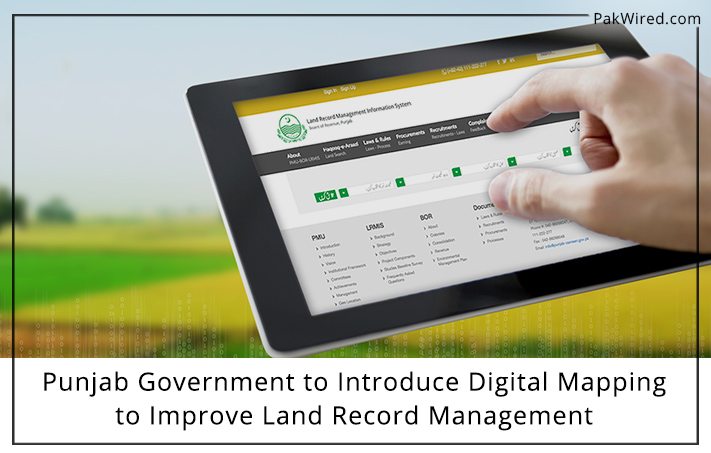 Land records in Pakistan have been over the years managed through traditional paper-based systems which are vulnerable to damage, dissipation, compromise and deficient usability. Inevitably, land management processes became unproductive, time consuming, uneconomical and ineffective.

To address these challenges, the Government of Punjab has decided to upgrade and expand the infrastructure of its land management and record system by introducing drone mapping technology which is capable of measuring and recording the land information in real time, and eventually converts that information and data into easily understandable patterns and graphs.

According to a statement issued by the spokesperson of Punjab government, latest drone technology will be implemented to register the area of lands in the province. The move has been made to upgrade land management and recording system.

Digital mapping is the process by which a collection of data is compiled and converted into a virtual image. The principal function of this technology is to formulate maps that give precise information of a specific area, explaining major road arteries and other key points. The technology also allows the measurement of distances from one place to another.

The main advantage of using digital maps over paper-based maps is that digital maps can be updated through synchronization with updates from data servers.  Over the past decade, digital maps have grown with the development of Global Positioning System (GPS) technology. These maps significantly rely upon a huge amount of data collected over time.

These challenges need to be overcome in order to create accurate, accessible, and secure information about lands in an affordable and efficient way. The use of drone mapping technology will allow officials to better manage land administration processes and help in computerizing and integrating land records.