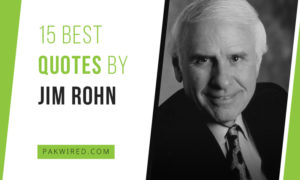 Emanuel James “Jim” Rohn was born in Yakima, Washington, to Emanuel and Clara Rohn. The Rohns owned and worked a farm in Caldwell, Idaho, where Jim grew up as an only child.

Rohn started his professional life by working as a stock clerk for department store Sears. Around this time, a friend invited him to a lecture given by entrepreneur John Earl Shoaff. In 1955, Rohn joined Shoaff’s direct selling business AbundaVita as a distributor.

In 1957, Rohn resigned his distributorship with AbundaVita and joined Nutri-Bio, another direct selling company. It was at this point that the company’s founders, including Shoaff, started to mentor him After this mentorship, Rohn built one of the largest organizations in the company. In 1960 when Nutri-Bio expanded into Canada, Shoaff and the other founders selected Rohn as a vice president for the organization.

After Nutri-Bio went out of business in the early 1960s, Rohn was invited to speak at a meeting of his Rotary Club. He accepted and, soon, others began asking him to speak at various luncheons and other events. In 1963 at the Beverly Hills Hotel, he gave his first public seminar. He then began presenting seminars all over the country, telling his story and teaching his personal development philosophy.

Throughout the 1970s, Rohn conducted a number of seminars for Standard Oil. At the same time, he participated in a personal development business called “Adventures in Achievement”, which featured both live seminars as well as personal development workshops. He presented seminars worldwide for more than 40 years.

Rohn was the recipient of the 1985 National Speakers Association CPAE Award for excellence in speaking. He is also the author of 17 different written, audio, and video media.

Jim Rohn died of pulmonary fibrosis on December 5, 2009. He is buried in Forest Lawn Memorial Park in Glendale, California.”

On his 86th birthday, we’d like to pick a few of his most inspiring quotes that are sure to strike a deep chord within you.

2. Success is nothing more than a few simple disciplines, practiced every day.

3. Discipline is the bridge between goals and accomplishment.

4. We must all suffer one of two things: the pain of discipline or the pain of regret or disappointment.

5. You must take personal responsibility. You cannot change the circumstances, the seasons, or the wind, but you can change yourself. That is something you have charge of.

6. Either you run the day or the day runs you.

7. The walls we build around us to keep sadness out also keeps out the joy.

8. Take advantage of every opportunity to practice your communication skills so that when important occasions arise, you will have the gift, the style, the sharpness, the clarity, and the emotions to affect other people.

9. Take care of your body. It’s the only place you have to live.

10. If you don’t design your own life plan, chances are you’ll fall into someone else’s plan. And guess what they have planned for you? Not much.

11. Work harder on yourself than you do on your job. 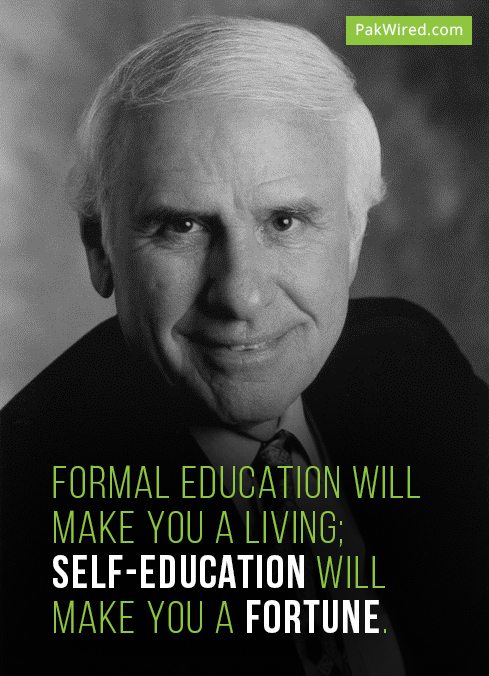 15. Success is not to be pursued; it is to be attracted by the person you become.