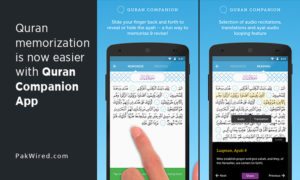 There is an app for about everything. If you want to measure how many steps you walk in a day, you can get have that app in your smartphone by downloading it. If you want to swap your face with your friend, you can have that particular ‘face-swapping’ app installed in your phone. But when it comes to applications related to Islam, or for that matter any other religion, there is some serious dearth of quality apps.

However, not anymore since a young Muslim, Bilal Memon (Hafiz-e-Quran) wants to change that through his small app-developing startup called Quran Academy. Resident of New York, Bilal memorized Quran at the young age of 11. He is also an app developer, entrepreneur with a background in working and participating in startup accelerators.

After memorizing the Quran as a child, Bilal Memon later forgot the Quran until re-learning it as an adult. Having experienced both the elation and frustration of the process of memorizing the Quran, he has dedicated himself to developing technology that will help Muslims more easily memorize and retain the Quran in their hearts. He stated that:

Quran Academy released a first of its kind Quran memorization app, Quran Companion, in May 2014. It is currently available for Android users. Quran Companion is the smartest way to memorize the Quran. It uses scientifically-backed learning techniques and games that make memorizing the Quran more effective, easy, fun and social.

As soon as you sign up, you will be welcomed with a card along with a Hadith by Prophet Muhammed (P.B.U.H):

The Hadith will motivate individuals to recite Quran more and more since the app has a Hasanah Calculator which counts every read that you read and rewards you with 10 Hasanah for each word. Moreover, there is daily leaderboard that shows the top 100 users with the highest Hasanah points. It has the tendency to get rest daily and it will stay you motivated to recite more Quran so that your name can appear in the list of top 100 users.

There will be challenges for you in the application which will tempt you to learn more. The application utilizes some social techniques while doing so. For instance if you recite a specific Surah, you will be rewarded with Hasanahs which will also help you to jump the ladder to have a chance to break into top 100. 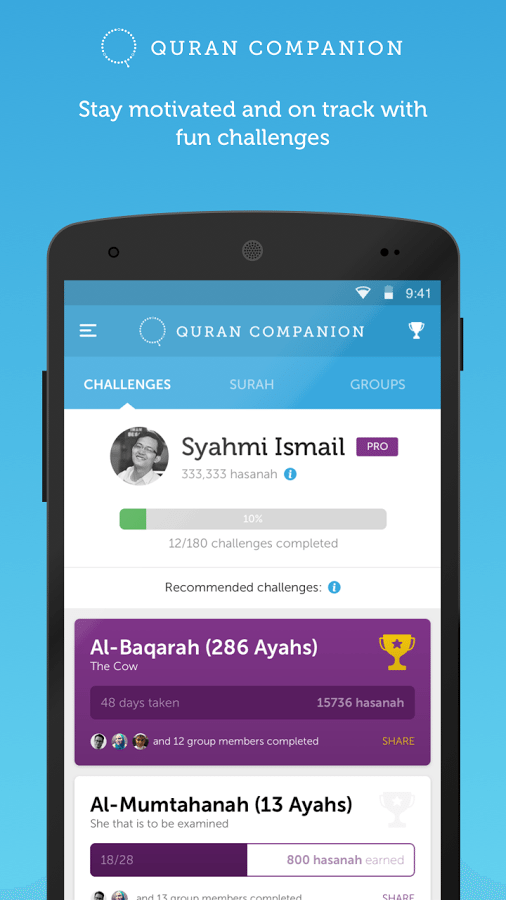 One of the important features of the Quran Companion app is the guided plans where you are presented an organized way of memorizing in terms of 2 options. The first plan is ‘Guided Plan’ where you are given 30, 45 and 60 days to select from to memorize a certain Surah. Once you select a plan, it will break down your lessons and would help you complete the Surah in those days. Other option is ‘No Plan’ which will leave you on your own pedestal to memorize a specific Surah at your own pace. 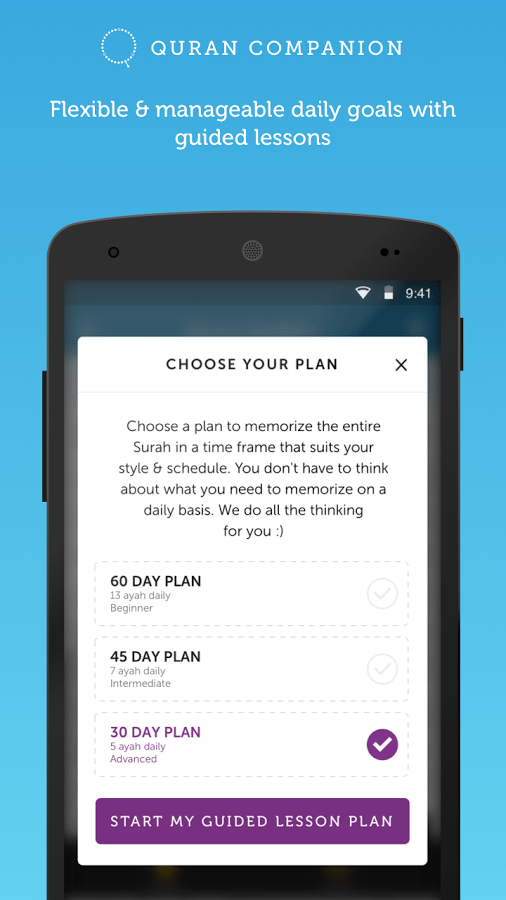 Swipe from the left and tap on ‘Dashboard.’ This powerful feature monitors your performance, providing you an insight on how well you are doing in accomplishing your goal. The app will also let you have up to 25 friends pursuing the same Quran memorization goal. 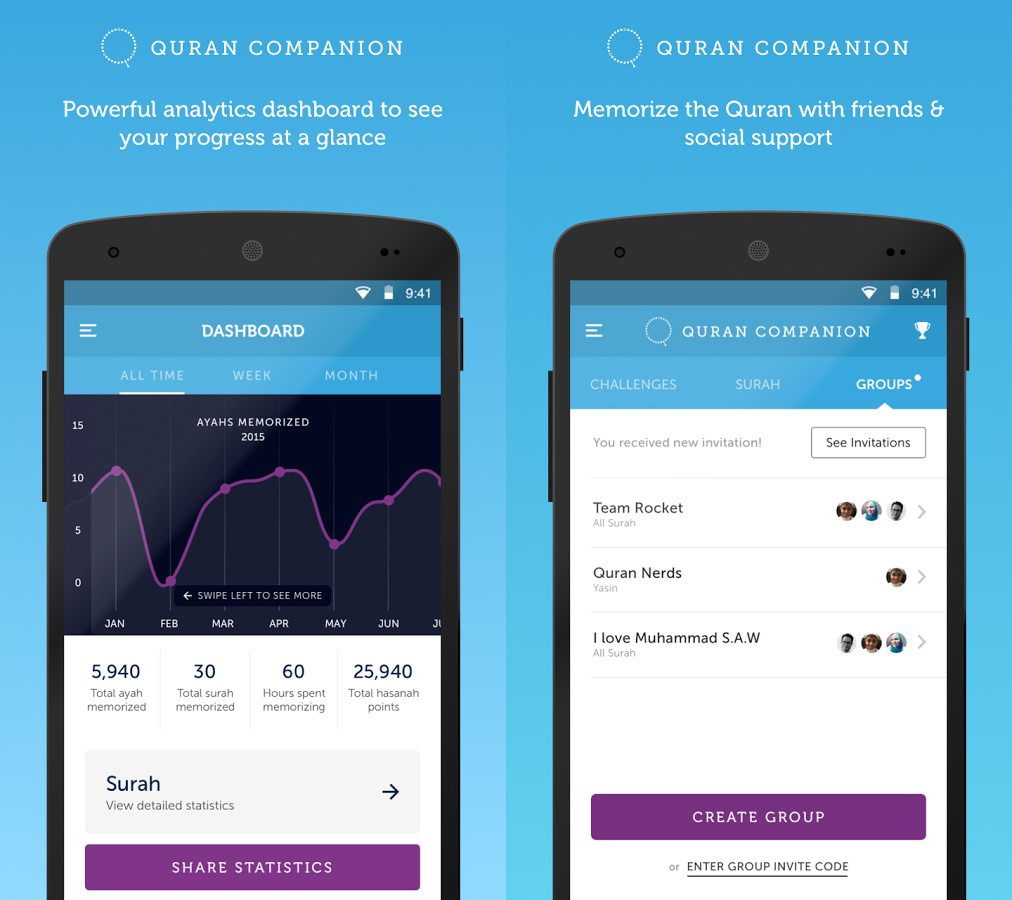 Some other features include:

• Customizable display options of Madina/Uthmani or Urdu script, endless scrolling or single page display, or 13, 15 or 16 lines per page for Urdu (Indo-Pak) script.
• “Swipe to Reveal” game reveals the hidden ayah as your finger slides across it – a fun way to practice reciting from memory while checking for any mistakes.
• 15 different audio Quran recitations and 10 different Quran translations (more translations coming soon)
• Audio recitation of ayah on loop from 1 up to 10 times, to practice memorization.
• A powerful analytics dashboard that shows your Quran memorization progress at a glance.

You can download the Android version of Quran Companion app from here. You’ll be given a free 7-day trial for the premium features of the app as well, after which you can buy a “Lifetime Access” pass for $9.99 to access them. Free features include reading the Quran, listening to audio and reading the translations while all the rest of the features come in the premium category. For iOS, the application is currently being worked upon and will be released very soon.