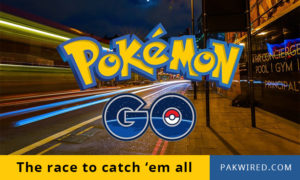 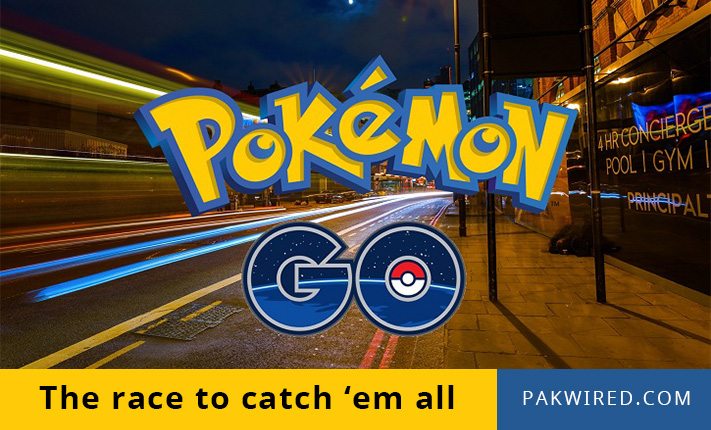 If you haven’t heard this phrase yet, unfortunately you are late to the party. “Gotta Catch ‘Em All” is the motto for the new free location-based augmented-reality Nintendo gaming app that has swept the world since its release on July 6, 2016.  Players across the world are combing parks, bridges, street and market places with their smartphones to capture, fight and train virtual creatures called Pokémon as though they were in the real world.  The game has only been officially released in New Zealand, Australia, Japan and the United States so far but has become the most downloaded app in the first week of its launch, according to tApple. The game reportedly already has more daily users than Twitter and players spend more time on the app than they do on Facebook.  Just to give you a sense of how addictive it is, a reporter was called out for playing the game during an official speech by the US State Department.

The game has been widely lauded for encouraging users to leave their homes to explore neighborhoods and interact with other players in real-time but it has also had its share of unusual and unfortunate incidents since the Pokémons can appear in strange locations – so far a man has seen them on his wife’s hospital bed during her delivery and a soldier fighting ISIS alongside Peshmerga soldiers in Iraq caught his first one sitting on top of his machine gun. Some popular spots like restaurants, bars and parks for catching Pokémon have also reported a spike in sales as people swarm to these venues to increase their catch. Needless to say, the chase takes players to unusual places and occasionally results in unfortunate incidents.

A few hours after its launch in Japan last week, a student fell down the stairs chasing a Pokémon, forcing the government to issue a nine-point safety guide for playing the game. A driver in Baltimore crashed into a police car while simultaneously driving and playing the game. Two players fell off a cliff in San Diego, California, and suffered moderate injuries while trying to increase their candies and stardust.  The US Border Patrol agents detained two teenagers from Canada last week when they lost track of their locations and crossed the border. A teenager in Wyoming discovered a dead body while trying to catch a water Pokémon. Another teenager in Guatemala was fatally shot while playing the game, though its unclear if the incident had any connection to the game.

Not all is bad news though. A group of media activists called Revolutionary Forces of Syria Media Office also tried to use the popular cultural phenomenon to divert the global community’s attention towards the plight of Syrians, who have been living amidst war and destruction for at least five years. The group posted a series of photographs of children posing with drawings of Pokemon characters. Each photograph is captioned with the child’s name, the area they are from and the words “Come and save me.” Another Syrian artist, Moustafa Jano, has added Pokemon characters to pictures of Syrian refugees fleeing the war on boats and trying to cross borders into Europe. Syrian graphic designer, Saif Tahhan, has used the game’s interface to create a fictional Syia Go game, where players search for books, medical supplies and other resources for civilians instead of Pokémon.

Regardless of their effectiveness, it remains a fact that when a game is used to impart a political and social message, it is hard to dismiss it is as just a game. Instead, Pokémon Go is yet another example of how technology has transformed experiences and the way users engage with reality.