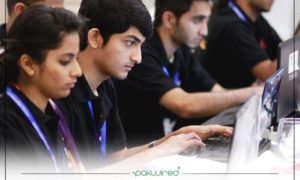 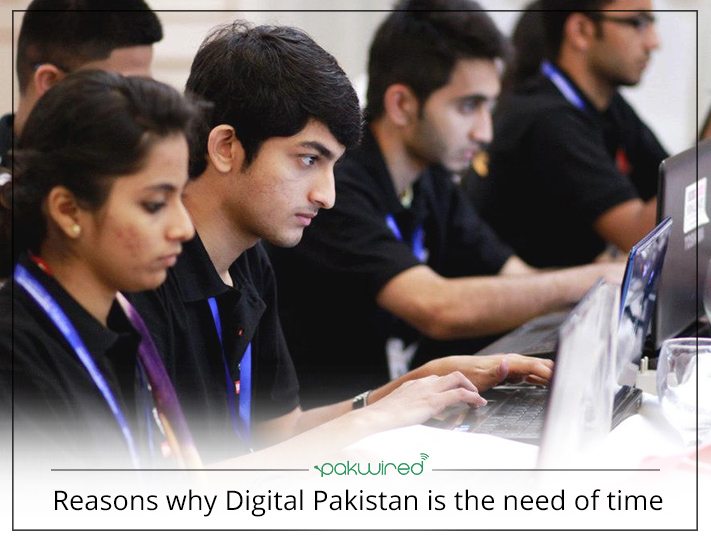 No. The title doesn’t suggest that we have been living inside a cave in Pakistan.  You’re reading this blog on your gadget and it says 4G/LTE on the top. You pay your utility bills without leaving your desk. You are now able to apply for your driving license online and yes, mobile wallets like Keenu and SimSim are disrupting the market too. So yeah, we are getting there. Gradually, but with a direction!

Globally, digitalization has become the cornerstone of daily living. It is almost impossible to think back to a time when everything was not digital. In Pakistan, hindrances to achieve the benchmark that the world has created in digitalization are numerous. Let’s highlight them specifically.

If Pakistan is ever going to catch up, traditional tools will take a very long time to push it towards that goal. Out of Pakistani’s 41.8 million students, 26.4 million are in public schools whereas 15.4 are in private schools. There is, however, no information available on how many of these schools are connected to broadband internet.

The majority of the public schools are concentrated in the rural areas, and most are not operational because of there no teachers or students.  Even with half the total population being female, only 43% of the students are female. Agriculture is the mainstay of Pakistani’s economy, with 40% of the population engaging in it. With a lack of digitalization, it is triple hard for any worthwhile development to go on. How would going digital help this economy?

Women are the majority of the population and the rural female population is the least served. Educating them would be a great leap in digitalising Pakistan, thus the emphasis on education.

If schools were connected to broadband internet, it would make the distribution of information so much easier. E-books would make a great difference, with the books becoming available at the click of a link.

Mobile ID is already in place, but more can be achieved if best urban hospitals were connected via mobile broadband to the rural hospitals and health clinics. The health service would provide doctors in the rural areas a link to the equipment and training in the urban hospitals. Women and girls are the majority and the most neglected. Providing these services would mean many would get trained as midwives and nurses, giving a clear link to mEducation and mHealth.

Since agriculture is the mainstay of the economy, mAgri would be a great help in thrusting farmers forward. Getting real time information on issues affecting agriculture would go a long way in improving farming.  They can get information online such as the weather reports and other information regarding crops and fertilizers. This would be a great initiative that would also train farmers on how to practice better farming methods.

We are living in a Competitive world

It is a competitive world. The aim of every country should be to strive and make life easier for its citizens. E-commerce has become the modern day method to do business, thus the need for every country to become digitalised. As it is, Pakistan is competing against countries that have grown in leaps and bounds in technology. It is no longer a secret that a non- digital country means less development.

India is among the fastest developing nations in the world. The leaps it has made in the ICT sector are huge. It is hot on the heels of the U.S. How the can digitalising Pakistan put it on the world map and push it into being able to compete with countries like India and US?

Meeting the challenges that face the digitalization of Pakistan is pegged on public-private partnerships. There is need to set up technology incubations and making money available for budding entrepreneurs. This has been tried and tested around the world, but the lessons learned will facilitate a fast track of the digital process. India is way ahead in the digital sector. For example, 1.3 million students in India take the Indian Institute of Technology (IITs) tests for admission into the school. Pakistan has very few technology institutes as it is and needs to work towards that.

Interestingly, India was on the same level with Pakistan a few years ago. Pakistan’s internet has improved in the past 10 years, but fluency in English and lack of training is a big issue. The lack of competition locally also stifles growth. The international investors have realized the market size and are doing well, but the government needs to up its game if it is to compete with countries like India. The US has been way ahead technologically, and it is obvious that the world is changing into an economy that heavily relies on knowledge.

E-commerce is heavily reliant on ICT. Pakistan has to give high priority to the ICT sector if it is to prosper. B2C e-commerce is rapidly growing in Pakistan, and there are successful e-commerce portals that are thriving. When the e-commerce wave hit, Pakistan was still under developed technologically, and the international players did not enter the market till recently. However, there is still so much that needs to be done if Pakistan is to be on the same competing level with India and the US.

The ICT market was worth between $60 and $100 million in 2015. This came with expectations it would grow. The influx of cheap Chinese Smartphones and the affordability of data means millions of subscribers are expected to sign up to broad band wireless.

The Pakistani government should be geared towards making every aspect of the economy digital. This especially means the move towards e-governance. Pakistan has an E-Government Directorate, but there is still a lot that needs to be done in way of filling the vacuum that exists between service demand and service supply. The best way would be to emulate other countries in terms of setting up portals that would allow people to have access to government services without having to go to the government offices physically.