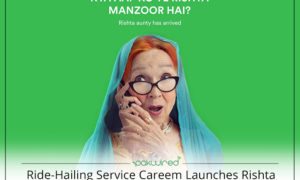 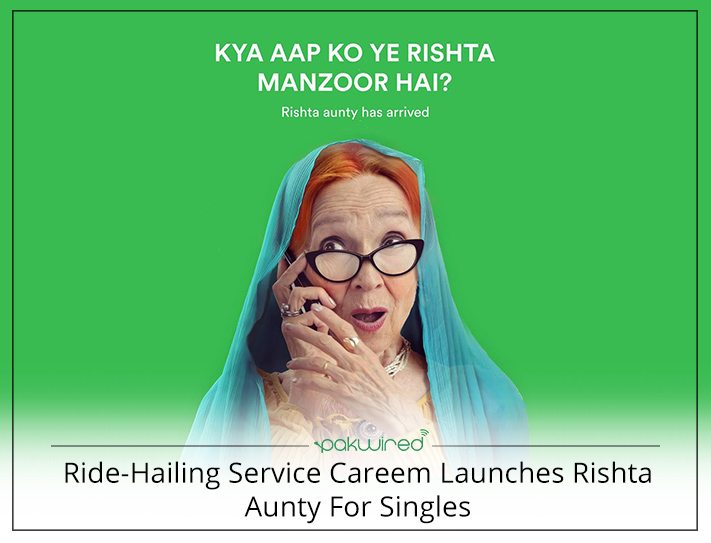 Your ‘Rishta’ has arrived. How do you feel if you get such notification on your mobile device? Well, people are getting it and it’s no joke. Popular ride-hailing service, Careem has introduced a brand new campaign which is exclusively for single or unmarried individuals. Naming it as ‘Rishta Aunty’, Careem has gone way out of the box to entice their users to check out at least once about their latest tactic.

What is Rishta Aunty all about?

Any user can avail this service by simply selecting Rishta Aunty as the car type first and later booking a ride between 12 Noon to 10 PM. This is not the first time Careem has indulged into the wedding sphere as they previously announced that they will launch Careem Shadi, a service particularly for events.

“We are actively involved in not only providing the best service to our users but also promoting customer engagement. We’d noticed that rishtas are a popular topic of discussion among our more senior users. So we’ve launched this service in order to help the younger people find a right match. For this purpose we’ve taken professional Rishta Aunties on-board. During the ride people can tell the aunty their preferences and the Aunty will later get in touch with them with a suitable rishta.”

Ever since this new campaign has been launched, more than 700 rides have been booked. The service is currently available in the major cities of Pakistan which includes Karachi, Lahore and Islamabad. The validity of Rishta Aunty Campaign is two days i.e. 19th and 20th July. However, Careem may extend the validity of this service if they receive an extraordinary response in these couple of days.

How have the people reacted so far?

The responses have been mix so far. Some have called it creepy while plenty of other users are making memes out of this very new campaign.

Now even Careem is trolling me for being single pic.twitter.com/JgwAyaiVq6

Careem has lost their mind as much as I have lost hope from this world. This was actually creepy.#Careem #Karachi #Rishta #Taxi #morning pic.twitter.com/gh30uMPpyZ

Careem now offers a 'rishta aunty' to accompany you on your ride… because my mom wasn't enough! #DesiProblems

Received email from #Careem that "Your Rishta has arrived!". Asked my colleagues to translate. They're still laughing, dunno why 😂

Why would anyone want to go for a rishta in a careem? Won't they ask if the boy owns a car or not?

What do you personally make of the latest Careem campaign?