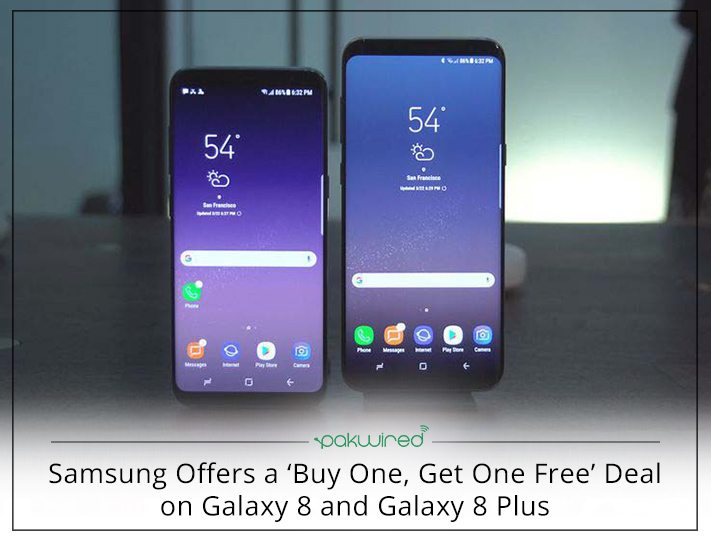 Samsung is offering an amazing buy one, get one free deal that’s pretty appealing if you happen to be a T-Mobile customer. The deal is pretty simple, all you have to do is to buy one S8 or S8 plus from the Samsung website and you will get a rebate that equal to the cost of the cheaper phone.

An extremely simple deal with no terms and conditions

The problem with most promotional offers is the fine print that is associated with it. Such are the terms and conditions that accompany such stuff that you have to be a lawyer to totally understand them. Even then, there are certain caveats that escape the understanding. This deal, however, is totally different from all such fine print.

Other companies too, mostly the telecom operators have gone into such deals that encourage customers to buy extra phone. In that case, the operator forces the people to use their service over a long duration of time. Often, the advantage of getting cheap hardware gets nullified as the package that accompanies it isn’t that cost effective.

This Samsung deal however is refreshingly simple and free of fine print. Unlike other deals, where you had to activate a new line or lease both phones, Samsung’s offer just requires that you activate one of the two S8s on an existing T-Mobile line through Samsung’s website. Once one of the phones is activated on a T-Mobile line the company will issue you a refund to cover the second phone on your original method of payment within seven to 10 days.

Additional benefits of the deal

Samsung is also throwing in a free “Entertainment Kit” for any Galaxy S8 purchases from its site. The entertainment kit includes a Clear View stand, a 64GB microSD card, and a six-month Netflix subscription, which further sweetens the pot.

The buy one, get one free deal is valid now through Samsung’s website for “a limited time,” so if you are looking to take advantage of the offer, it might be best to act quickly.

Update: The entertainment kit has been discontinued at the time of publishing.