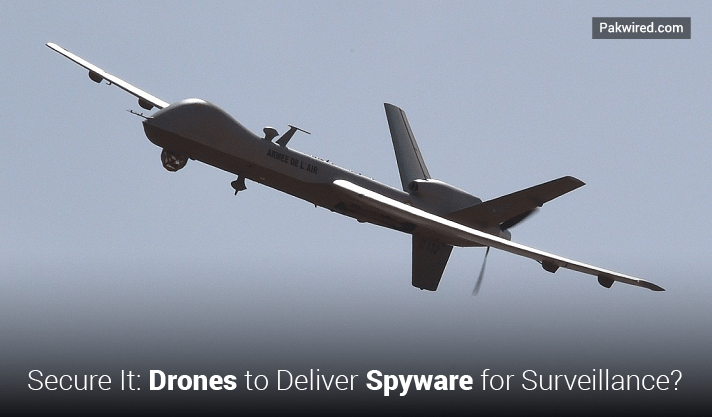 Over the last decade, the rapid strides in technology and internet have enabled us to stay connected with friends, family, and conduct business irrespective of time and distance. So much so, it has become an indispensable part of our lives. However, the connectivity and convenience comes with threats likes phishing scams, hack attacks and malware threats, which are just as real and can cause serious damage if one is not careful enough.

Given the amount of information transmitted over the internet every hour, cyber criminals find it lucrative to exploit vulnerable traffic. There have been several instances of even prominent sites falling victim to such threats. Over time as technology has matured, the attackers have become sophisticated too. Today these attacks are not left to hackers alone, even governments are using advanced methods for surveillance and security.

According to a recent report, the government is mulling use of drones to deploy spyware in to user computers. Insitu, a Boeing subsidiary which also develops the drones used by the US military has been in talks with the Hacking Team to deliver spyware using drone technology. Hacking team is an Italian company that makes software that can be used to remotely infect any user’s smartphone or computer.  Once infected, their calls, chats and other online activity can be intercepted and recorded.

The Intercept which leaked this information possesses email communication between Insitu and Hacking Team. The documents contain details about the project which is currently in the works. Among others, one of the projects is “to develop a small, rugged infection device that can be transported by drone”.

The request from Washington based Insitu states “”We see potential in integrating your Wi-Fi hacking capability into an airborne system and would be interested in starting a conversation with one of your engineers to go over, in more depth, the payload capabilities including the detailed size, weight, and power specs of your Galileo System.”

The Intercept report also talks of the internal emails of Hacking Team in which an engineer is quoted saying they can achieve it with TNI “tactical network injector”, or a portable device that can intercept a victim’s Internet traffic and secretly install spyware. “Presumably, attaching a small network injector to a drone would give the ability to attack Wi-Fi networks from above, or at a greater distance”, the report notes. “The system operator wouldn’t have to get physically near the target.”

The TNI uses the target network to inject the malicious code into the user system when they get online to check email or download a video or an app. Once the code is in the user system, all of their online activity can be monitored and recorded. This was recently used in the cyber attacks in Milan, where an attacker used the Hacking Team software to intercept and release a company’s internal communication and other data online.

In the US use of these Spyware is unethical and could lead to a huge furor in public and media not to say the legal controversy internationally.