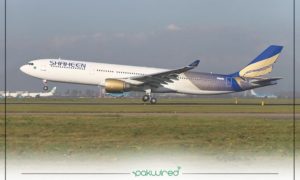 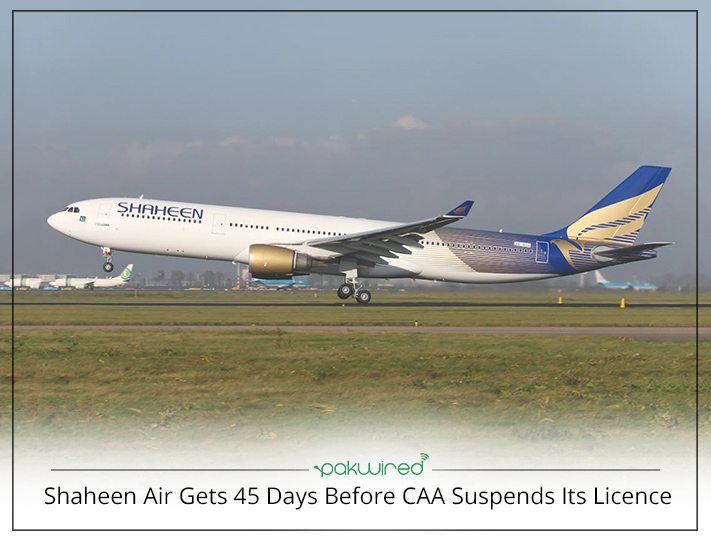 The Civil Aviation Authority (CAA) has given a deadline of 45 days to Shaheen Air International (SIA) to put its affairs in order, otherwise the airline shall be barred from carrying out its operations. As the details have it, the airline is required to submit important documents regarding renewal of its passenger pick and drop license otherwise the authority would impose a ban on the airline’s operations.

In a statement released on Monday, the aviation regulator authority said:

However, a lack of necessary documents is not the only shortcoming at SIA’s end. According to CAA’s spoke person, the airline has long been breaking the rules in its everyday operations. SIA, overlooking the regulations and did not seek permission from the authority about its flying route from Multan to Muscat on Sunday. This is a serious charge.

The spoke person also stated that the airline has been a defaulter of the aviation authority. An official of the CAA said the airline was accumulating charges, but instead of making payments, it has been engaged with the authority in a useless tussle.

Faisal Rafique, chief commercial officer (CCO) at SAI, however, denied the CAA objections to hold any merit. Soon after the CAA statement was issued, Rafique held a press conference and said:

“it [CAA] keeps renewing the RPT licence for 15-30 days instead for a proper one-year time period.”

He further went on to blame the aviation authority for the airline’s financial crisis and delay in the issuance of license. He accused CAA to “favour foreign airlines and the loss-making Pakistan International Airlines”.

The airline has issued a statement that states that while they do owe some payment to the CAA, however, this is a normal practice for airlines all over the world and this does not give the Authority any rights to impose undue restrictions on the airline’s operations.