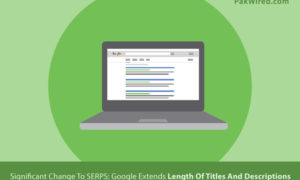 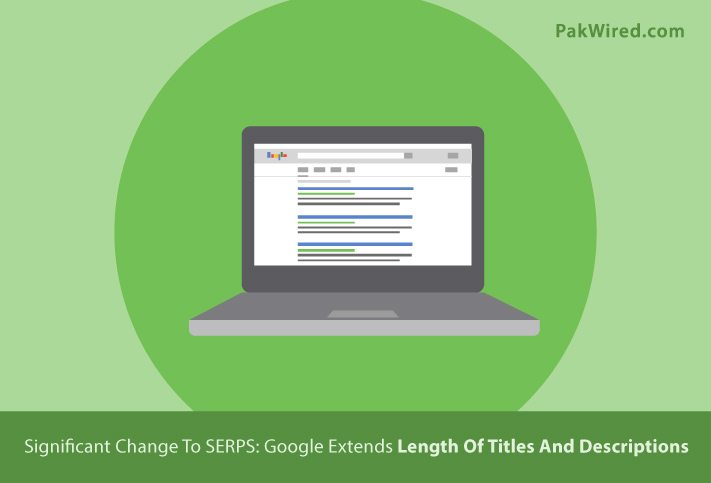 Google has made a significant change to its search results pages by extending the length of titles and descriptions. This was first spottedby Ross Hudgens on Twitter, and later reported on by Jennifer Slegg at The SEM Post.

Here’s What Has Changed

Title tags have been increased to 70–71 characters, which is up from its previous 50–60 characters. That’s at least enough to fit in another word or two.

Meta descriptions have been increased by 100 characters per line, and extended from two to three lines. That’s a significant increase, and presents far more of an opportunity to tell searchers what the page is about.

Slegg reports that Google is still truncating the descriptions to two lines for many search results still, so you may still see them coming in at around 160 characters at times. When a three line snipped is displayed they come in at 278 characters per line.

It’s important to note that this may be a test which Google could reverse at any time. By the company’s own admission, it is always A/B testing. So it’s a good idea not to base your SEO efforts on these numbers until it’s known for sure if the test will become a permanent change.

What Do SEOs Think?

For the post part, the change has gone unnoticed. According to this Reddit thread the change in organic search happened on May 4th, and it’s only now that anyone is really talking about it.

Commenters in the Reddit thread for the most part agree the change hasn’t been noticed. Redditor Jonathan Jones also wrote in his own blog that the change has impacted CTR in a positive way, which could be a sign it will be here to stay if it continues to product positive change.

Jones recommends measuring your CTR from prior to May 4th to now to see if you’ve noticed any positive or negative change as a result of the longer search snippets.