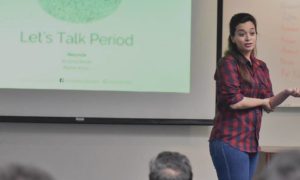 Having become the first company to retail menstrual cups in the country, Recircle aims to become a hub for eco-friendly lifestyle products.

Jumping headlong into the midst of a taboo was nowhere on the radar for Wasma Imran and Mahin Khan. The former schoolmates turned lifelong friends were firmly entrenched in their respective careers –  her as a consultant with the Government of Punjab and him as a freelance programmer and entrepreneur. But a chance conversation ended up radically altering their life paths.

Mahin says, “One day, as I was talking to Wasma, we began discussing the problems associated with periods and the environmental impact of period products. Conversation around period in Pakistan is quite limited. This leads to problems ranging from men being totally ignorant about this part of a woman’s life to women feeling shameful of this normal bodily function. 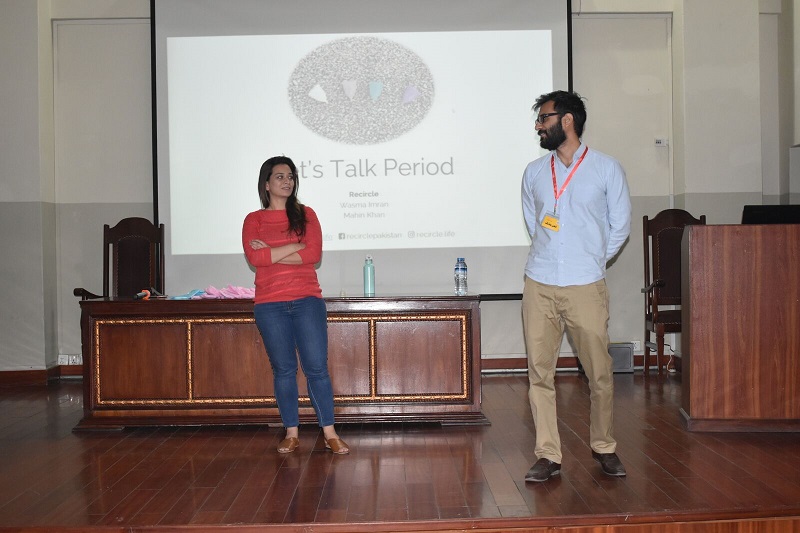 From having to wrap pads in brown papers at supermarkets, faking a fast during Ramazan because you cannot tell your male family members that you’re on your period, men making jokes about the ‘moodiness’ that results from PMS and altogether ignoring the psychological and physical implications of periods for women, it can get really tough.

Moreover, as almost fifty percent of the population menstruates in this world, we pondered upon the waste generated and calculated that an average woman dumps an alarming number of 11,000 pads in her lifetime. A sustainable solution to periods and making #PeriodTalk common became our mission.”

After a lot of research, the duo felt menstrual cups to be their best bet. Wasma tried fifteen different kinds of cups on herself before settling on the design they would retail. Thus, in 2017, Recircle Enterprise Pvt. Ltd. was born in Lahore. “The name is a twist on recycle. We added the Circle because we want people to think about things coming back to them, from the plastic they use in the form of trash, to the things they decompose in the form of nature around them,” adds Mahin. 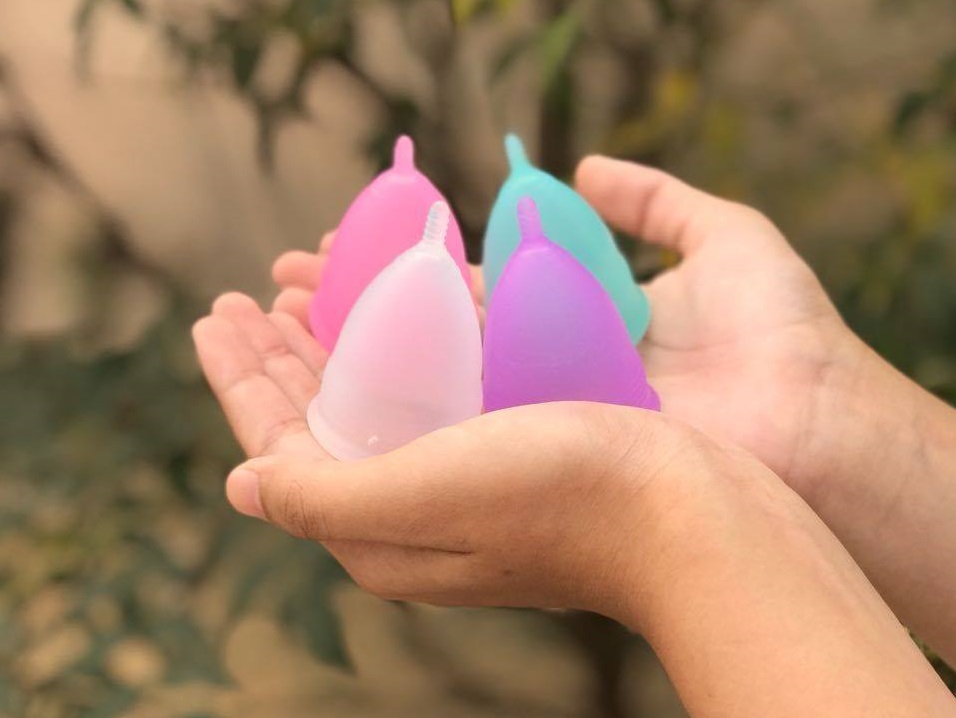 Made from medical grade silicon, menstrual cups are the safest, most affordable and environmentally friendly option for periods for women of all classes.

Making menstrual cups popular among the women of Pakistan is only a part of Recircle’s strategy. The overarching goal is to tackle the stigma and shame that makes menstruation such a tabooed topic in polite society. To that end the young entrepreneurs regularly appear in conferences and universities across Pakistan to initiate dialogue with people on this subject. “Having this conversation is still a crucial part of our vision going forward,” says Mahin.

A social impact idea into a business model

Recircle was bootstrapped with the personal savings of Wasma and Mahin. The two handle every aspect of running a startup between themselves. “I am the tech-person in the team and do all the web development. I also write content with Wasma for our blog posts. Wasma handles social media, public relations and manages customer interactions. We run the business from our homes. We do occasionally hire young people for small assignments like designing work. However, we even take photos of our products and shoot videos ourselves with our phones,” Mahin shares.

Maintaining such a low overhead has enabled Recircle to become profitable early on. They were soon able to add another crucially needed sustainable alternative to their product catalogue – bamboo toothbrushes. Plastic toothbrushes are now considered one of the deadliest sources of plastic pollution, second only to the plastic bag.

Mahin says, “Since October 2017, we have sold around 300 menstrual cups and around 100 toothbrushes. We were soon able to use the money generated from sale of cups and reinvest it back into the business to sustain and grow our operations. We are not drawing profits from the business right now since we want to keep investing in improving our product and expanding to replace all non-biodegradable lifestyle products.”

Since its launch, Recircle has received much national and international media acclaim. They have been featured on both BBC Urdu and BBC News in the UK. “Other landmarks include our features in Women In The World Magazine, Mangobaaz, Soul Sisters, The Desi Wonderwoman, Express Tribune and The News International,” says Mahin.

Such exposure has further aided the startup’s growth. Apart from the metro cities, Recircle products now reaches customers in Sadiqabad, Nowshera and Nawabshah. Wasma and Mahin are looking to start international shipping soon.

While this progress in only eight months since Recircle’s inception feels good, their greatest satisfaction comes from the other kind of impact their work has created. “If 300 women use our menstrual cups, that means 75,000 less pads and tampons in our landfills every year. Since tampons and pads have a huge plastic component, this means all that non-biodegradable material will not stay on ground, leaching poison into the ecosystem, for hundreds of years to come,” says Mahin. 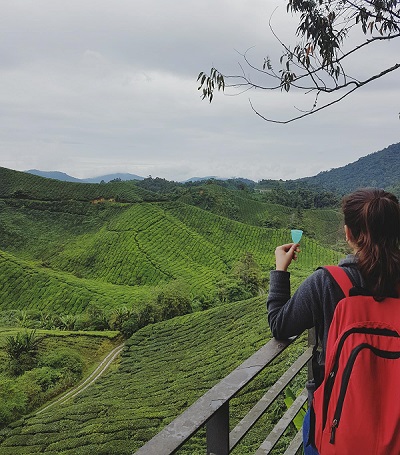 According to a study by U-Report, 44 percent of girls in Pakistan do not have access to basic menstrual hygiene facilities at their home, school or workplace. “A lot of girls around the world cannot actually go to school when they’re on their period because they cannot afford pads. That hit me pretty hard,” Wasma shared in her interview with BBC.

A menstrual cup then, being endlessly reusable and sanitary, is the ideal option not just for educated, urban women but also low income rural women. Marketing it to either of these demographics has been a challenge however. Wasma and Mahin have received questions, about the cup’s usage, ranging from the regular to the absurd.

From whether using a menstrual cup is Haraam in Islam to if using one will cause young women to lose their virginity, the two answer a variety of questions every day. And they are quick to clarify that this is not a burden. Mahin says, “From the fact that it has to be inserted inside you, to a mother’s disapproval, we get all kinds of concerns from women. I don’t think any of these concerns are absurd since it’s a new product that women aren’t familiar with. We encourage open discussion on all possible concerns, as no one will use a cup if they aren’t comfortable or their concerns satiated.”

Marketing menstrual cups to low income women in the near future is in the agenda for Recircle. By offering subsidized rates and reframing the conversation, Wasma and Mahin hope that eventually the benefits will outweigh the stigma when it comes to these women using a Recircle cup.

For Mahin, the hardest part about becoming an entrepreneur has been working far outside of his comfort zone: “But that’s where growth happens. For example, I never imagined myself giving a talk about the period taboo in a university in the past and the first time was hard. But talking about something you’re passionate about, with your co-founder by your side, and an audience of eager listeners makes it easy.”

The best part for him is the opportunity to try new things. “The possibilities are almost endless and the burst of energy that freedom of creativity gives to your mind is incomparable to anything else,” he shares. 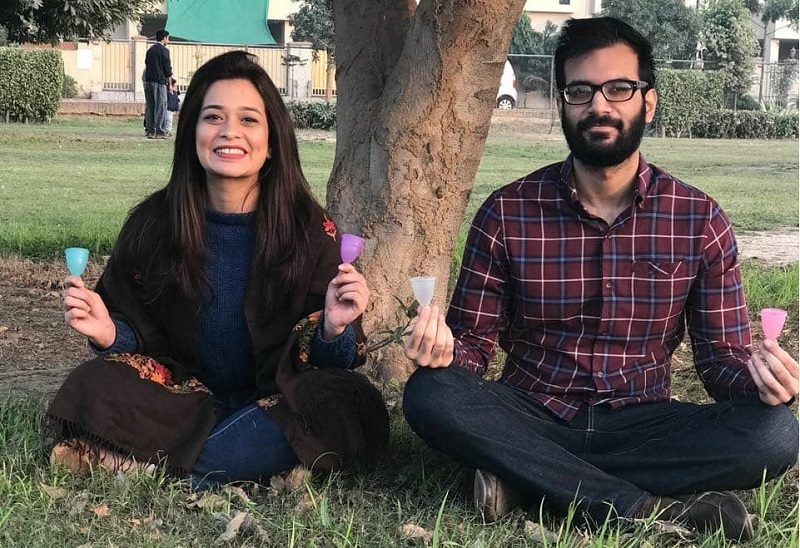 Working with a co-founder who shares his vision has been a revelation. “We have had our disagreements since we’re both passionate individuals who have strong opinions. But we realize that the business, and perhaps the cause we work for, is much bigger than us. This realization has saved us from any ‘downs’ really. I cannot recall any time that we weren’t able to hear each other out and reach a compromise,” he says.

The future has them both excited. Mahin says, “There are many problems to solve in the environment industry and we readily need solutions. We’re going to look to approach more and more of them and won’t stop doing our part until the issues are mitigated.”

For aspiring entrepreneurs and leaders, he has some moving advice to share: “If you believe in something – an idea, some annoying problem or just something you love doing – move forward with it. Be bold and get started. Things may look hazy now, but the dots have a way of connecting themselves. You just have to do the work. At some point, things start making sense.

So, when you find something that interests you, read about it, research it and most importantly, put in the hours to do it.”